The front page of The Times this morning is just the latest sign that the tide is once again turning against the climate denial community. The newspaper reports that ExxonMobil gave £1 million to fund “organisations that campaign against controls on greenhouse gas emissions”. 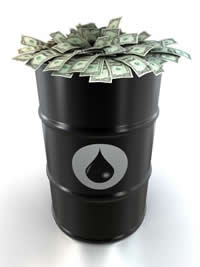 The front page of The Times this morning is just the latest sign that the tide is once again turning against the climate denial community. The newspaper reports that ExxonMobil gave £1 million to fund “organisations that campaign against controls on greenhouse gas emissions” – including several of those which made the outspoken attacks on climate scientists at the University of East Anglia.

The scientists were exonerated this month by an independent inquiry but groups funded by Exxon have continued to lambast them. The Media Research Centre, which received $50,000 from Exxon, called the inquiry a “whitewash” and condemned “climate alarmism”.

Some of Exxon’s largest donations were to groups that lobbied against a global deal on emissions being reached at the climate summit last December in Copenhagen.

This is not the first time Exxon have been caught using dirty tricks to smear climate science and climate scientists. As The Times remind us today:

In 2002 it was revealed that Exxon sent a memorandum to the Bush White House to call for the removal of Robert Watson, the atmospheric scientist who was the first chair of the IPCC. The Bush administration did subsequently lobby for Dr Watson to be replaced, which he was.

Also in their editorial today, The Times says:

The IPCC assessment reports are made available for comment in an open review process to which anyone may contribute. They attract scientists of the highest calibre and list of scientific bodies that endorse their findings should give pause to anyone whose expertise in this issue is lacking.

The IPCC is, however, a skeletal organisation… this is a global authority operating out of a broom cupboard. There is, therefore, a serious question if the huge weight of scientific opinion, on the one hand, is ranged against the huge weight of corporate funding on the other.

This exposé comes after NASA reported that this year is very likely going to be the hottest on record, and comes after the National Oceanic and Atmospheric Association (NOAA) said that last month was the fourth month in a row of record global temperatures, and that the ten warmest years on record have all been since 1995.

The Times report follows an editorial in the New York Times describing “the debunking of climategate”. It also comes after the retraction of both the “Amazongate” story and the “Africagate” story, and follows news that climate denial websites have seen their readership drop significantly. And as Left Foot Forward has already reported, public concern about climate change – both in the UK and the US – remains very high.

Most climate-change deniers (or “skeptics,” or whatever term one prefers) tend to inhabit militantly right-wing blogs and other Internet echo chambers populated entirely by other deniers.

Their leader editorial concludes: “Global warming deniers are a liability to the Conservative cause”, and warns that “the (Conservative) movement will come to be defined – and discredited – by its noisiest cranks and conspiracists.” (This is something I wrote about last year for the Independent on Sunday, here.)