UKIP's dispute with the Electoral Commission over its refusal to forfeit more than £350,000 of impermissable donations has this week escalated to the Supreme Court. 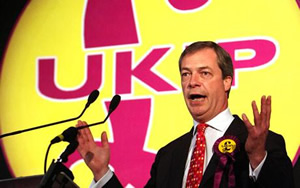 The United Kingdom Indpendence Party’s dispute with the Electoral Commission over its refusal to forfeit more than £350,000 of impermissable donations has this week escalated to the Supreme Court.

If it loses, UKIP faces the prospect of devastating legal bills that could run into millions, in addition to being ordered to forfeit the full amount of £367,697 in impermissable donations, the majority made by Alan Bown between December 2004 and January 2006.

The case – Regina (on the application of the Electoral Commission) (Respondent) v City of Westminster Magistrates Court (Respondent) and The United Kingdom Independence Party (Appellant) – is the first and only time the commission has gone to court to seek forfeiture of donations from a political party.

A spokesman for the commission told Left Foot Forward that there had been 67 instances of UKIP not adhering to the laws on donations by failing to check whether donations of more than £200 were from people on the electoral register, over a period of a year, despite repeated warnings from the commission.

“UKIP failed to identify whether these donations were permissable. We took them to the Magistrates Court in order to seek them to forfeit the donations, the court ruled they only had to partially forfeit £18,481.

“We felt the law was clear, so appealed to the High Court, which ordered the case to be re-heard at a Magistrates Court. UKIP, however, appealed the High Court decision to the Court of Appeal.

“We won in the Court of Appeal, it seems clear, the law is unambiguous, and they didn’t grant UKIP leave of appeal, so they applied directly to the Supreme Court, which is where we are now, this court has the final say.”