The economic Lib Dems are seemingly finding common ground with Tory ideology, but the sticking point was and is always going to be the other side of the Lib Dem fence where Mr Huhne and the like reside. 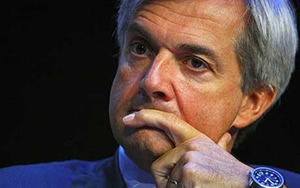 The eclectic ideological nature of our Coalition is still enjoying a honeymoon but last night the cracks started to appear between the left and right of each party. Whilst this week we have been reminded that the unified focus remains firmly upon deficit reduction from Number 11, little commentary has been heard about any respective divisions within the new alliance.

That was until Chris Huhne, widely regarded as part of the social left within the Liberal Democrats, was appointed energy and climate change secretary in turn laying the first banana skin for David Cameron and Nick Clegg.

One of the main talking points was energy policy – and in particular wind technology. Mr Huhne promised recently that he would play a significant part in delivering the prime minister’s promise of the greenest government in history focused around Wind Week 2010 and the use of wind energy as the key driver behind green growth.

Mr Zahawi failed to see the future for such growth, claiming:

“Onshore wind farming is simply not worth it. We missed the trick in the 1980’s not adopting nuclear like the French, and now they lead the world where we should have a competitive advantage.”

In continuing fashion, the rebuttal from Mr Elphicke converged specifically around the “lack of promise from wind technology” and the urgent need to consult the public on the pressing issues to regain an understanding of the current situation.

“We need to ask the public whether they are concerned about pollution, about fuel bill prices and emissions. My feeling is that we need lots of fast tracked nuclear plants and fuel celled cars, but certainly not wind.”

Similarly, Mr Glen argued vehemently that the failure of the energy secretary to accept that Britain had a nuclear future left many colleagues feeling out of touch with his department, saying:

“He has his politics wrong, it is about principles and practicalities and unfortunately he ignores the latter. Chris needs to keep quiet and realise government is about governing.”

The panel were united in their scepticism of the environmentalism posited by Mr Huhne and in particular the efficacy of wind technology, all but Ms Sandys whose constituency claims the largest number of wind farms in Europe. That withstanding, she joined the rest of the panel in expressing dismay at the Liberal Democrats’ version of a nuclear free future.

“The issue is actually dependency not environmental targets and Chris needs to understand this.”

“How can we have a head of our policy who doesn’t believe in sound energy independence? Furthermore, wind technologies are regularly favoured ahead of other more effective alternatives such a tidal and solar and he should review this.”

The chair conluded the evening by asking:

“How on earth did he [Huhne] get the position? He is left of what we need, and there is even talk of him abstaining on his policies which whilst would make for good viewing, it would be quite bizarre.”

The clear position on the evening was an air of deep suspicion starting to seep into the alliance. The economic Lib Dems are seemingly finding common ground with Tory ideology, but the sticking point was and is always going to be the other side of the Lib Dem fence where Mr Huhne and the like reside, something the coalition will evidently need to address in due course if they hope to prevent factionalism.

23 Responses to “Tory right turn on Huhne over energy policy”