Progressive should unite to help Simon Hughes make the Budget fairer. Progressive taxation and a slower reduction plan are the way ahead. 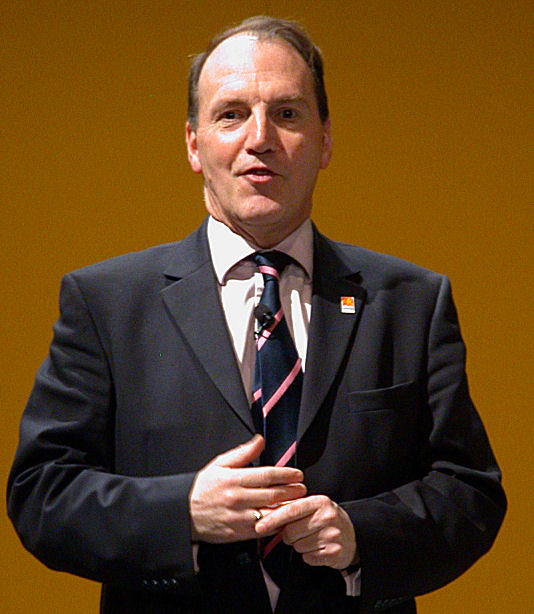 The Government’s claims that the Budget was “tough but fair” and “progressive” have quickly unravelled following analysis by the Institute for Fiscal Studies, Financial Times, and by Tim Horton and Howard Reed on this blog. Despite Nick Clegg’s nonsensical protestations that the the IFS analysis did not include as yet undefined “future changes”, Lib Dem deputy leader Simon Hughes has conceded the point and is now urging Lib Dems to “come forward with amendments … [to the Budget that] improve fairness and make for a fairer Britain”.

Progressives of all stripes should help Mr Hughes with his mission. Lib Dem policies like a Mansion Tax and Capital Gains Tax would relieve pressure for the regressive policies in the Budget. But we should also work to challenge another Coalition myth which continues to have traction.

While the post-Budget analysis has focused on distributional elements, the broad left has been unable to win the argument that the scale and speed of Osborne’s Budget was a matter of choice. Instead the public and media appear to have accepted the Tory line that the total package of cuts worth £128 billion by 2015-16 was “unavoidable” because of “Labour’s debt crisis“.

This reflects considerable political skill by George Osborne and David Cameron in talking relentlessly about the risk of a Greek-style “sovereign debt crisis” and encouraging their Lib Dem colleagues to use the same language. But blame also lies with the Labour party, which refused to hold a comprehensive spending review before the election.

In the March Budget, Labour set out plans to “halve the deficit over four years.” They announced costed plans to increase taxes by £18 billion by 2013-14 and set out a desire to cut spending by £39 billion over the same period. But they failed to detail where the money would come from allowing George Osborne to say in his Budget speech, “What we have not inherited from our predecessor is a credible plan to reduce their record deficit.” Osborne is right and yet this does not necessitate the additional £32 billion in pain by 2013-14, rising to £40 billion by 2104-15, and up to £55 billion in 2015-16.

As outlined on Left Foot Forward on Tuesday, the decision to raise VAT was only necessary to pay for tax cuts for businesses including banks, the Lib Dems’ regressive tax threshold pet project, and to meet Tory promises on national insurance. The additional cuts have been made out of an ideological desire to erode the “structural deficit” in its entirety by 2015-16 putting growth and employment at tremendous risk. Three points are worth making.

First, until the financial crash Labour had succeeded in keeping national debt below the 40 per cent of GDP target that it set itself. In 2006/07, public sector net debt was 36.0 per cent of GDP. It rose rapidly primarily because of “financial interventions” to help the banking sector and because of the unemployment benefits and lost tax receipts caused by the recession. It currently stands at 62.2 per cent and under Labour plans was projected to peak at 74.9 per cent in 2014-15. As this graphic using data from the OECD shows, even at that level, the UK will be below a number of countries including Italy, Japan, and indeed Greece. Under the Tory plans net debt will now peak only marginally below Labour’s  70.3 per cent in 2013-14 – although if the Budget causes the economy to slow down by more than predicted

Second, the “structural deficit” was caused primarily by the recession not by Labour’s pre-crash spending plans. Left Foot Forward has been fond of showing this graph. Although Gordon Brown should have closed the gap earlier, it shows how in 2008, current spending and tax receipts were virtually in balance. The deficit was due to the Government’s capital spending programme which was perfectly sustainable while the economy grew. Crucially, it was only in November 2008 – in the midst of the banking crisis – that the Tories dropped their pledge to match Labour’s spending plans. At the time, Nick Clegg said, “David Cameron has learned nothing. It’s exactly what the Conservatives did in the 1980s.”

Third, markets were satisfied with Labour’s approach. There was much guff during the election campaign about what impact a hung parliament would have on markets. Similarly there was never any evidence that a Labour victory would result in Britain losing its AAA credit rating. Not least because markets knew the truth about debt levels and the deficit. Indeed, the yield on British Government Securities have been at historically low levels since the financial chaos of autumn 2008. Yields remained around 4 per cent through both the November 2009 pre-Budget report and the March 2010 Budget when Labour set out their deficit reduction plans.

During his Budget statement, George Osborne admitted that, “this was a crisis that started in the banking sector.” Indeed it was. But because of Cameron, Osborne – and now Clegg, Alexander and Cable’s – ideological position to cut deeply and rapidly, the next crisis may be caused by the government. The alternative is a fairer and slower deficit reduction plan.

20 Responses to “Progressives should unite for a fairer, slower reduction plan”