The Coalition Government is set to lead the international movement for aid transparency, acting on their promises to publish all information on aid spending. 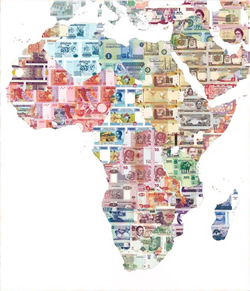 Our guest writer is Claudia Elliot, communications assistant for Publish What You Fund, the global campaign for aid transparency

Whilst there are legitimate concerns surrounding the Coalition Government’s commitments to spend 0.7 per cent of gross national income (GNI) on aid, they are now set to lead the international movement for aid transparency, acting on their promises to publish all information on aid spending.

The department for international development yesterday announced a ‘UK aid transparency guarantee’ in a crucial step towards increased aid effectiveness. The guarantee sets out how “aid information will be made fully transparent to citizens in both the UK and recipient countries”. The move builds on the UK’s leading role in the International Aid Transparency Initiative, a campaign that aims to make information about aid spending easier to access, use and understand.

Andrew Mitchell, the new secretary of state at DfID, pledged to increase aid transparency as a means of achieving greater value for money in aid for the UK taxpayer, contributing to the government-wide drive toward financial accountability.

At present, countries that receive international aid have little way of knowing how much aid is coming in to their country and how it is being spent. This hinders long-term planning in recipient countries, and poses a serious challenge for donors in establishing where and how their help is most efficient and effective. An aid-mapping exercise in Uganda revealed that double the amount of project aid previously accounted for was actually being spent in the country.

Aid transparency involves publishing information on aid flows, which should include the origin and destination of aid, as well as the purpose, conditions and contracts of the aid itself. With comprehensive, timely and comparable information, donors can harmonize their aid budgets to avoid duplication with other donors.

Aid transparency also allows donors to align their resources with the development agendas and budgets of recipient countries, increasing in-country ownership and allowing recipients to hold their governments to account.

The Guarantee states that:

“Information published will be comprehensive, accessible, comparable, accurate and timely. We will allow anyone to reuse our information, including to create new applications which make it easier to see where aid is being spent.”

Critically, the UK will also advocate for these standards of aid transparency internationally:

“Requiring, over time, any civil society organisation that is in direct receipt of DfID funds to adhere to similar standards of transparency and accountability, and pushing multilateral organisations to do the same. This means that UK taxpayers will be able to better see where their money is being spent…

“Pressing other donors – bilateral, multilateral and non-traditional – to adhere to similar standards of transparency as set out in the International Aid Transparency Initiative (IATI). This will make it much easier for people to see all the aid from all donors, and get a full picture of the aid being spent in each country.”

“This important announcement gives the international campaign for aid transparency fresh momentum – with new UK leadership on IATI the possibility of a meaningful global consensus on aid transparency is closer than ever before.

“The UK government deserves praise for this dramatic step towards ensuring aid transparency by making sure all information is made available, accessible, comprehensive, timely and comparable.”

Concerns around the 0.7 per cent commitment notwithstanding, progressives should welcome this move as a step forward both for the effectiveness of aid, but also as a signpost of the genuine belief within the coalition of the importance of openness, accessibility and accountability to delivering effective, efficient and progressive government.