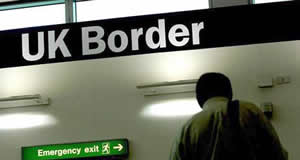 Grants of settlement rose significantly in the year to March 2010 – this reflects historical immigration patterns (settlement follows immigration with a lag of several years), and may also reflect migrants’ concerns that their ability to settle in the UK will be restricted in the future.

All this looks like good news for the Government, who this week reiterated their aim of reducing net immigration to tens of thousands, rather than hundreds of thousands. If current trends continue, the Government may be able to reach this goal without major policy changes – net immigration of under 100,000 looks more and more likely; what sounds like a radical policy shift may turn out to be no more than a matter of taking credit for existing migration trends.

However, this would surely not satisfy those who want to see a drastic reduction in immigration to the UK. A recent ippr report shows that net immigration levels of 40-50,000 (as called for by groups such as the cross-party Balanced Migration Group) will not be achieved without the introduction of major restrictions on migration to the UK for highly-skilled workers and the family members of UK citizens and residents.

The Government’s policy of introducing a cap on economic migrants from outside the UK will be made easier by the fact that applications for employment visas with the possibility of settlement (tiers 1 and 2 of the points-based system) were down almost 15 per cent in the first quarter of 2010, compared with the first quarter of 2009 – but the Government would be wise to tread with caution as they set the cap. Restrictions on the ability of UK employers to bring highly-skilled workers from outside the EU could harm both public services like the NHS and the economic recovery.

7 Responses to “Will the immigration cap just be legislating for existing trends?”