In the immediate run up to the election, digital was top-of-mind in terms of the radical policy changes put forward by the digital economy act. 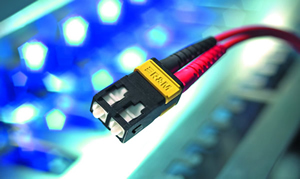 In the immediate run up to the election, and during the wash-up period immediately after the election announcement digital was top-of-mind in terms of the radical policy changes put forward by the digital economy act. This has largely disappeared from the campaign rhetoric over the past few weeks apart from vague promises to improve broadband access.

Labour MP Tom Watson is one of the few people who is currently putting the digital economy front-and-centre of their election agenda. There is a bit of irony to the situation.

In terms of demographics and and geography Watson’s constituency of West Bromwich East is a world away from the UK’s media capital of London’s West End or the internet start-up community around Silicon Roundabout. Watson, however, realises that any future economic regeneration of his constituency is going to be at least partly related to the digital sector.

Watson published a set of digital pledges which will inform how he acts if he is re-elected, even if it means opposing his party.

How does his pledge stack up against the party manifestos?

• Labour: A commitment to increase the take-up of broadband (section 1:8, manifesto) is tempered a commitment to expand upon the draconian digital economy act (section 7:6, manifesto) and “…update the intellectual property framework that is crucial to the creative industries – and take further action to tackle online piracy”. Which is likely to further threaten the connectivity of young families and community wi-fi. Labour’s plans to roll out broadband were previously discussed by Left Foot Forward.

• Conservatives: Establish a super-fast broadband network, forcing BT and other infrastructure providers to allow access to their assets (such as ducting) to facilitate the roll-out of services (page 24, manifesto). Conservative plans for broadband roll-out lack a lot of the details needed to consider their viability.

• Liberal Democrats: Have a commitment to support the roll-out of ‘super-fast broadband’ with a focus on areas least likely to be provided for by the market (page 26, manifesto). There is no detail on how they would do this however, so it is hard to make a judgment on the potential effectiveness of these plans. Although the Liberal Democrats have voiced opposition to the current digital economy act it wasn’t addressed at all in their manifesto.

“There is no more fundamental right than that to free speech”

• Labour: Nothing in the manifesto that would aid free speech

“The internet should be built and operated openly and without discrimination”

• Labour: No explicit commitment to net neutrality in the manifesto.

• Conservatives: No explicit commitment to net neutrality but will force access for providers to existing infrastructure (page 24, manifesto).

• Liberal Democrats: Whilst the manifesto talks about financial support for broadband roll-out there is no commitment to what the industry calls ‘network neutrality’.

“We should have a right to control our data”

• Labour: No commitment to personal data, however it pledges to provide access to non-personal government datasets (section 9:5, manifesto).

• Conservatives: A commitment to strengthen the powers of the Information Commissioner to “protect people from unwarranted intrusion by the state” (page 79, manifesto).

• Liberal Democrats: A key part of their policy platform is a freedom act rolling back retention of email records and abolishing the current government’s ID card scheme. They also want to strengthen the current data protection act (page 88, manifesto).

“I will always support transparency”

• Conservatives: Commitment to providing government data sets in an open standardised format, carrying on the work that Tom Watson had started.

• Liberal Democrats: Extending the power of the freedom of information act to include private companies that provide public services (page 88, manifesto).

• Labour: Nailed its colours to the mast with the current administration’s digital economy act. In (section 7:6, manifesto), Labour is seeking to “…update the intellectual property framework that is crucial to the creative industries – and take further action to tackle online piracy”. This standpoint is likely create more opposition from Watson.

“Elected representatives have a responsibility to understand how the digital space can be used to design public services, develop public policy and engage citizens in law-making”

• Labour: There wasn’t anything that seemed directly applicable.

• Conservatives: Commitment to complete transparency of public sector spending (page 27, manifesto) so that the government is completely accountable.

• Liberal Democrats: There wasn’t anything that seemed directly applicable.

“Procurement rules must be reformed, so that small and medium sized-companies and open-source solutions can play a greater part in delivering government IT”

• Labour: Commitment to digital-only delivery of government services in the future, however no guarantees about how this would be achieved in the manifesto (section 9.5, manifesto).

• Conservatives: Commitment to complete transparency of public sector spending (page 27, manifesto), but no commitment to small and medium-sized companies.

• Liberal Democrats: Page 17 of the manifesto has a commitment to investigating open source software and cloud services. There is no specific commitment to engaging with small and medium-sized companies as a part of government IT procurement.

Manifestos by their nature are concise documents that lack detail on some of the key issues that Tom Watson has highlighted in his pledge to constituents; none of the parties come out with impeccable digital credentials.

In comparison to the opposing parties here are key gaps in the Labour manifesto around freedom of speech, personal data/privacy and his party’s digital fluency. Mr Watson’s pledge pits him against his own party on intellectual property law reform as Labour continues on the path it set with the digital economy act.