The establishment of the Office for Budget Responsibility was Mr Osborne’s attempt to join the ‘change’ brigade, but is just a triumph of spin over substance. 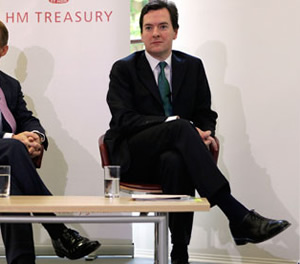 It was straight from the Gordon Brown playbook: become Chancellor of the Exchequer, then give away power to esteemed, independent body to prove your market-friendly credentials. The establishment of the Office for Budget Responsibility (OBR) was George Osborne’s attempt to join the ‘change’ brigade, but it is surely a triumph of spin over substance.

The OBR, an independent quango, will take responsibility from the Treasury for the government’s economic and fiscal forecasts. The Treasury, so the argument goes, is a ministerial department, and therefore the temptation for politicians to meddle in its analysis is too great to resist. It seems Mr Osborne doesn’t trust himself.

But all is not as it seems. Colin Talbot – academic, Treasury select committee advisor and author of the blog Whitehall Watch – has wondered how the OBR can deliver credible forecasts for an emergency budget in barely a month’s time.

Yet incredibly, the OBR wasn’t created this week. It was created by the Conservative opposition in ‘shadow’ form in 2009. Are there any other examples in recent history of a political party transposing one of its own organs – little more than a political gimmick – into the Whitehall machinery within days of being elected?

This clearly undermines the claim that OBR forecasts will represent an independent analysis; while there may be problems in the traditional relationship between ministers and their officials, Treasury mandarins at least don’t have to worry about losing their jobs when they deliver bad news.

All of this may be forgivable if it leads to more accurate forecasts. But unfortunately it probably won’t. Treasury forecasts are indeed usually wrong, but then so are most forecasts. With 2008 a notable exception, when Alistair Darling significantly underestimated the amount he would need to borrow, the Treasury’s forecasts are rarely less accurate than those produced by the City, think-tanks or international institutions.

The only accurate forecasts, apart from the lucky guesses, are those that present various future scenarios having factored in uncertainties – there is no suggestion that the OBR will present forecasts in this way, or even has the legal power to do so.

Mr Osborne has made this change precisely because when the compulsion for huge cuts in spending finally comes, he can blame the experts, rather than his own department. The BBC’s economics editor Stephanie Flanders says of the OBR:

“This government is going to be on a much shorter leash than the one that came before.”

Maybe so, in policy terms, but Flanders misses the politics: this is a leash designed by Mr Osborne to suit his own political interests.