With child trust funds and university spending dominating, the full scale of the Coalition Government's cuts and exactly where they will fall remain to be seen. 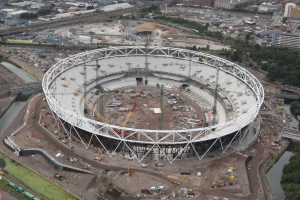 Though most of the headlines have been about the scrapping of the child trust fund and the reduction in the number of university places, the full scale of the Coalition Government’s cuts and exactly where they will fall remains to be seen. Also missing from much of the headline reaction is a detailed look at the departments which will ‘only’ have to make ‘modest’ savings this year.

The department for culture, media and sport will have to find £61 million of savings, plus £27 million from the Olympic Delivery Authority – a cut of 3 per cent of the overall budget; this compares to cuts of £836m in BIS, £780m at DCLG, £683m for transport and £670m in education.

Yet it is in the smaller departments that the impact of the cuts on communities can be best seen. Taking DCMS as an example, planned spending on administration for 2010/11 is only £46 million – so the savings could never be made up by axing Whitehall ‘pen pushers’ alone.

So what does it mean in practice? Guardian Online has this afternoon worked out what it may mean to arts funding, concluding that the arts are being “singled out”: the Arts Council England (ACE) will suffer a 4% cut on top of a planned spending review, with the chair of the ACE, Dame Liz Forgan, stating the council “do not understand why we have received a higher percentage cut than other DCMS funded bodies”.

“Making cuts within the financial year is very difficult. We will now need to carefully assess what this figure of £19m means. The Arts Council has already trimmed its own budgets by £4 million in 2010/11 so this takes our total reduction this year to £23 million.

“We will do our utmost to minimise the impact on the frontline but we cannot guarantee that there will be no effect. Only £23m (5%) of our overall grant-in-aid budget goes on running costs so the vast bulk of our income goes straight to art. It would therefore be impossible to meet a cut of this size from running costs alone.”

In sport, the other primary remit of the department, the picture is little better. In addition to the £27 million reduction in the Olympic Delivery Authority (ODA) budget – which is responsible for developing and building the new venues and infrastructure for the Games and their use after 2012 – 3% savings will have to be found across the board, from public bodies and the department’s core budget.

An example of what this may mean on the ground can be seen in the cuts that may have to be made to Sport Unlimited, a £36 million programme established in 2009 with the aim of attracting 900,000 extra young people into sport by 2011; a 3% cut could result in 27,000 fewer young people taking up sport, to the detriment of the nation’s sporting success and health and wellbeing.

The cut to the ODA budget could have an equally negative impact. According the the latest DCMS annual report:

“Over 4,000 people are working for contractors on the Olympic Park, 9 per cent of whom were previously unemployed – Nearly one in ten workers on the Olympic Park are doing a traineeship, apprenticeship or work placement – 98 per cent of contracts have gone to UK-based businesses, of which over two-thirds are Small and Medium-sized Enterprises and just under half are based outside London.”

ODA chairman John Armitt, howeverm insists the cuts are manageable and the project remains “on track”. He said:

“This saving will be found by continuing to make efficiencies in the way the project is delivered as we have already done in the past. Our regular budget updates have consistently shown that we are on schedule and within budget with savings of around 600 million pounds already delivered to keep us on track.”

It is to be hoped he is right; an immediate 3% cut in a project which has only two years left to run, with the potential job losses and externalities, and the eyes of the world upon following the gold-spinning success of Beijing makes little sense otherwise.