Left Foot Forward has long argued that Britain has a progressive majority. 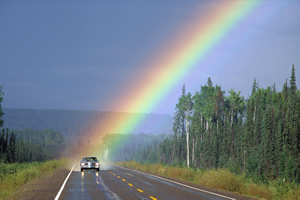 After Gordon Brown’s resignation yesterday, the possibility of a “progressive coalition government” is back on the cards. Formal negotiations between Labour and Lib Dem are now taking place, the Green party appear to be supportive, and so do the Scottish and Welsh nationalists. But if it comes to pass, how should it govern in the national interest? And what alternatives are there for progressive collaboration?

Left Foot Forward has long argued that Britain has a progressive majority. Paradoxically by winning a bigger than expected majority in 1997, new Labour failed to take its opportunity to realign British politics. But there is now an opportunity for that realignment to take place.

Although 56 per cent of Brits voted for progressive parties in last Thursday’s election, the parliamentary arithmetic is tight. Since Sinn Fein will not take their parliamentary seats, a threshold of 323 rather than 326 is required for a governing majority. Labour plus Lib Dem delivers 315. They would therefore need to rely on the support of some combination of SNP (6 seats), Plaid Cymru (3), SDLP (3), the Alliance party (1), and Green party (1) to reach a majority. It might look unstable but as Polly Toynbee notes, “It would be in none of their like-minded interests to bring down this coalition government.”

So what should a rainbow coalition government do in practice?

1. Focus on the two key objectives: (1) a Comprehensive Spending Review that focuses on securing the recovery, sustains public spending in 2010-11, and protects the most vulnerable from the necessary cuts and tax rises after 2011; and (2) a Great Reform Act including a referendum on electoral reform (giving the public a choice of options), fixed term parliaments, a fully elected House of Lords, and a new approach to localism.

2. It should be time limited (perhaps to two years) with a clear commitment that parliament will be dissolved once the electoral reform referendum passes or falls.

3. It should make clear that necessary spending cuts after 2011 will fall fairly across the UK.

All that said, the choreography and compromise required could bring the whole house rapidly crashing down and end in a vote of no confidence, subsequent election, and punishment at the polls with the Tories gaining the 2 per cent swing needed for an overall majority. A number of Labour figures including John Reid, David Blunkett, and Tom Harris have already been clear about the resistance inside the Parliamentary Labour Party.

An alternative way ahead for progressives is this:

1. The Liberal Democrats offer the Conservative party “supply and confidence” on certain legislative measures contained in both manifestos such as schools’ reform, localism, and measures to address climate change. Nonetheless, they turn down seats in the Cabinet due to fundamental philosophical differences over economic policy (Keynesianism vs. laissez faire) and foreign policy (multilateralism vs. isolationism).

2. Labour elects a new leader by conference Labour engages constructively and seeks to amend legislation rather than acting as a systematic block.

3. Labour, Liberal Democrats, and smaller parties present a united front during the Emergency Budget opposing all additional cuts in 2010-11, the cut in the planned rise in National Insurance, and seek the protection of key front-line public services.

4. At the point that David Cameron overplays his hand (perhaps with legislation on an immigration cap), all progressive parties join forces to provoke a vote of no confidence and a second election. Progressive parties include in their manifestos a commitment to a referendum on electoral reform if re-elected.

5. Labour announces that it will stand aside in 60 Tory-Lib Dem marginal seats. In return, the Liberal Democrats announce that they will give Labour a free run in 30 seats where they are in third place or below.

24 Responses to “A rainbow coalition?”