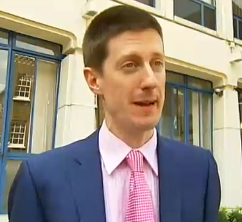 The front page of several papers focuses on a report by the Institute for Fiscal Studies which details the huge level of fiscal consolidation due after the election. The Independent demands “Tell us the truth on the economy” while the Mail declares a “secret tax bombshell … whoever wins the elected”. The Telegraph has a picture of all three party leaders and the headline, “The story these men don’t want you to read” while their editorial says, “in a collective act of craven irresponsibility, the three main parties have treated the voters whose support they seek as fools”. The Guardian says, “‘All parties ‘dishonest on cuts’,” but its editorial takes an alternative perspective: “There are other ways to manage a deficit. National income could grow more … [the Government could] admit that it will take longer than four or five years to halve the deficit.”

The IFS report shows that the Tories are planning the sharpest spending cuts since the second world war, while Labour and the Lib Dem’s cuts would be the biggest since the late 1970s. The bulk of the cuts ahead have not yet been set out with Labour needing another 87 per cent, the Tories another 82 per cent, and the Lib Dems looking for a further 74 per cent. Left Foot Forward looked yesterday at the distributional impact of some of the tax policies that have already been announced including the Tories cut to the planned National Insurance rise .

A survey for the Financial Times has found that the vast majority of senior financial services executives preferring Alistair Darling to George Osborne. The survey of close to 30 senior bankers revealed a sense of unease about Mr Osborne’s inexperience and what is seen as a tendency to “make up policy on the hoof”. Mr Osborne’s plan to scrap the Financial Services Authority and hand regulation back to the Bank of England, should the Tories win, as well as his consistently hardline approach toward bankers’ bonuses, drew particular scorn. Ken Clarke and William Hague would be more popular figures. By contrast, one bank finance director said: “[Alistair] Darling moves fast and he’s got integrity. I’ve seen him in battle and he’s very impressive.” The chief executive of one big bank said, “Darling has been a very good chancellor.”

The Times leads with its interview of Nick Clegg where he declared this election to be a “liberal moment”. Mr Clegg softened his language on working with Labour but again reiterated his commitment to electoral reform: “I don’t see how the case for reform can be ignored or rejected any more.” He went on to say, “I think we have won the progressive argument in this election. Of course, not in terms of numbers of seats, and we’ll see on May 6 whether it’s numbers of votes. But intellectually, the assertion that the progressive cause is a liberal one, not a statist Labour one.” Speaking about Trident he said, “I can’t think of a more strategic decision than whether you replace on a like-for-like basis, or not, a system designed to flatten Moscow or St Petersburg.” He described the other party leaders as being “trapped in this nuclear theology of the past”.

The Daily Mirror puts Ken Clarke on its cover with the headline “Tory grandee … backs Labour on the economy”. The Mirror is surprisingly alone in covering Ken Clarke’s admission on BBC2’s Daily Politics Election Debate programme that the nationalisation of Northern Rock, opposed by George Osborne, was the “right” decision. Left Foot Forward has the video of Ken Clarke’s admission which prompted Evening Standard journalist Paul Waugh to tweet: “Holy cow, Ken Clarke in candour alert. Says it was right to nationalise Northern Rock ‘with the freedom of backbenches’.”

The FT front page details that the International Monetary Fund is looking at raising its share of Greece’s financial rescue package by €10bn. There are fears that the planned €45bn bail-out will fail to prevent the country’s debt crisis from spiralling out of control. Stock markets on both sides of the Atlantic tumbled on Tuesday and the euro fell below $1.32 – a key level not breached in more than a year – after Standard & Poor’s downgraded Greece’s long-term credit rating to junk status, the first eurozone member to have its debt cut to junk. The Times has a handy Q&A on the Greek crisis which says that the country is in trouble because “previous governments concealed the state of public finances”. They report that, “Portugal is most at risk [of being affected] and its credit rating was downgraded yesterday”.