The left need to offer a collective, forward-looking, dynamic and all-inclusive vision of England and Englishness that the people of England can sign up to. 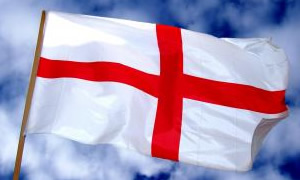 Our guest writer is Dave Dyke, creator and facilitator of England Left Forward

One of the major successes of the past 13 years, depending on your point of view, has been devolution. The establishment of the Scottish parliament and Welsh assembly, coupled with the advances in the Northern Ireland peace process that seemed impossible 20 years ago, have transformed the governance and the culture of three of the four nations within the Union.

However, this has left a big question at the heart of government, which has also had a knock-on effect culturally:

“How should England be governed?”

This is often referred to in the media as “The English Question”; it is a question that the major political parties have, so far, avoided answering in a satisfactory manner. In fact, the major parties seem to avoid any mention of England and Englishness altogether.

They have either pushed the British agenda or wished to impose the regionalisation of England against the will of the people. The failure of the English regional assembly referendum in the North East in 2004 was due to the proposed assembly being no more than a glorified county council, whose geographical area and powers were dictated from the centre, without consultation with the grassroots.

But there has also been a current of thought, especially on the left, that to debate England and Englishness is inherently racist. This has led to a subsequent reluctance to either encourage the flying of the flag of England or to celebrate St George’s Day.

This has acted as a marvellous recruiting sergeant for parties and organisations of the right and far-right, such as the BNP, with their promises of an English “Folk” Parliament – with its ensuing visions of Apartheid-era South Africa – and the English Defence League.

This is why I have established the England Left Forward network, and the aims are two-fold. The first aim is to provide a space for those of us on the left, whether politically active or otherwise, to articulate, debate and resolve the various aspects of the English Question, in particular with respect to providing England with a legitimate political voice.

The second aim is to identify a vision for the various aspects of England and Englishness that is not nationalistic in nature, but draws on the experience and contributions of all who engage in the debate. For England is a country; it is not a colour, a race or a religion.

Where there’s disagreement on the aims, we hope to come to an accommodation that’s acceptable to all involved. Where there’s agreement, we intend to articulate the most appropriate way of taking things forward.

Currently the left seem to be playing a game of catch-up with the right over the English Question. If we can offer a collective, forward-looking, dynamic and all-inclusive vision of England and Englishness that the people of England can sign up to, as opposed to the nationalistic jingoism and flag-waving of the right, the game, although anything but, will be back on equal terms.

Let’s get working on that vision!

61 Responses to “The left-wing case for an English parliament”