The Conservative party's online innovations are documented in the new edition of Wired. But will their investment gain them a single extra vote. 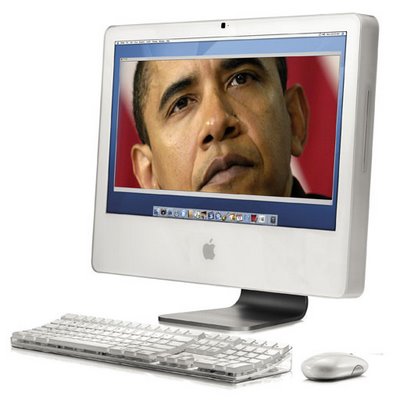 James Crabtree has a fascinating piece in the new copy of Wired magazine, due out tomorrow, on the Conservative’s online innovations. Allegra Stratton of the Guardian has already covered the interesting revelations about how Lord Ashcroft’s “target seat operation” is making use of technology (and why it may not be ready for the election). But there is a more interesting section covering whether all the Tories’ money and whizz-bangery will actually gain them a single extra vote.

Towards the end of the article, Crabtree quotes Joe Rospars – the New Media Director for the Obama campaign and a founding director of Blue State Digital, a DC-based internet strategy and communications firm:

[Rospars] questions whether the Tories really did learn the lesson of Obama’s campaign: that what matters in politics is the mobilisation of real people. “For all their data-bases and search-engine tricks, you have to ask what is the quality of interaction most people will have with the Tories during your British election. If they’re still only getting leaflets, or even emails, and not a knock on the door from a neighbour they know, then they are only halfway to getting what we did.”

Other knowledgeable observers who have spoken on condition of anonymity have voiced similar doubts. A common theme is that Conservative efforts are impressive, but hugely expensive. As one put it: “When you spend half a million quid on a rubbish campaign to get people to be your friend on Facebook, as they did in 2008, you’ve got to expect more for your cash.”

By contrast, Barack Obama’s campaign manager, David Plouffe, has said the presidential victory, “was a historic marriage, in US politics at least, between digital technology and grassroots [campaigning].” The email list of 13 million and the use of social media sites like facebook and twitter was geared at getting volunteers out on the doorstep, and fundraising to pay for TV ads and local offices.

This is not to say that any British party will emulate Obama’s success. But Labour has focused its digital strategy on voter contact by upgrading the infrastructure behind its voter database and using social networks to get activists out on the doorstep. Campaign manager, Douglas Alexander tweeted yesterday, “Latest activity report shows even more #labourdoorstep contacts this week than last – 106,898. This work really is helping to tighten race.”