HM Inspectorate of the Constabulary has stolen the name of a social enterprise, MyPolice, for its new online site. They should find a new name. 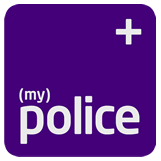 Our guest writer is Guy Lodge, Associate Director at the ippr.

What happens when a giant state bureaucracy decides to trample all over one of the  innovative social enterprises in Britain? So far, nothing much.To explain: two conferences happened in London today. At the first David Cameron (and pretty much half the shadow cabinet) stood up to talk up their vague concept of a “Big Society“. There remain real problems with Tory thinking in this area, not least the assertion that an active state and a big society are locked in some kind of zero-sum relationship. But since his much derided conference speech last year when he claimed that rising inequality was primarily a consequence of big government, Cameron has at least tried to think more creatively about the role of the state.

Back in November he gave the Hugo Young Memorial lecture when he said that government should concentrate on:

“Galvanising, catalysing, prompting, encouraging and agitating for community engagement and social renewal. It must help families, individuals, charities and communities come together to solve problems.”

The idea that it would be good for the state to help husband and grow small, innovative social enterprises (or at least do them no harm) is something which should unite progressives and conservatives alike.

Sadly, then, there was perhaps a more significant event also happening today, about a 15 minute walk across London, run by the National Police Improvement Agency. There two young social entrepreneurs—Lauren Currie and Sarah Drummond, from the innovative police accountability organisation MyPolice.org—told the reality of how such organisations get treated.

MyPolice is an online feedback tool that enables the public and the police to have a conversation, and help people in local communities identify weaknesses in their policy service, and work with local forces to fix them. Most interestingly, all this data is then fed back to the police to help them improve. In short — a really good idea, and one supported by a range of groups, from Geoff Mulgan’s Young Foundation to Tom Steinberg’s MySociety.org.

The two founders were dismayed to find out recently that HM Inspectorate of Constabulary (HMIC) — the police OFSTED — had decided to launch a vaguely similar site, with exactly the same name. The news wasn’t just irksome, but threatened their very survival: their organisation needs a good google ranking to allow the public to find them, and they had spent a year building relationships under their brand. Both of these won’t happen if a giant bureaucracy gobbles up the name, and creates confusion over who the real MyPolice might be.

That HMIC is investing in public online accountability mechanisms is a great thing — and to be encouraged, even applauded. But it would obviously be better to do this without friendly casualties in the process. And HMIC’s regrettable decision has already got some coverage, with more expected soon.

Rumours suggest that the Conservatives in particular are annoyed about this, given MyPolice are exactly the sort of organisation Cameron wants to flourish. But Labour supporters should be equally put out. We saw something like this happen when the government health website NHS Choices stomped over innovative startups, like PatientOpinion. And now its just happening all over again.

Thankfully, the solution is simple. HMIC should just admit they made a mistake, and change the name of their site. If they don’t, the first, smaller, better MyPolice will get swamped, and it is even possible that one of the most innovative small organisations in Britain could be snuffed out. If HMIC do change their name, everyone wins. And luckily, there are plenty of other good choices out there: OurPolice, YourPolice, BetterPolice, or indeed any one of literally dozens of other choices. Lets hope HMIC see sense, before their reputation suffers.