The Government has extended the Future Jobs Fund to everyone out of work and claiming benefits for two years. This progressive policy is a cause for celebration. 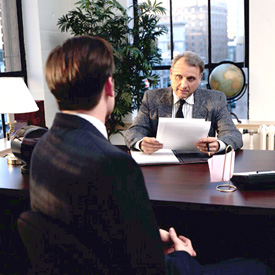 Yesterday, the Government announced plans to extend access to the Future Jobs Fund to everyone who has been out of work and claiming benefits for two years. This truly progressive policy is a cause for celebration.

The Government has proposed that from April 2011, a new Jobseekers Guarantee will be in place for all people who reach two years on Jobseekers Allowance without finding work. Those who have come to the end of Flexible New Deal will be supported to find employment and to gain experience of real jobs paid at least the minimum wage, rather than punished – for what are labour market rather than individual failures – by being forced into a workfare scheme. Only those who do not take up an offer after 13 weeks will be mandated to undertake compulsory work experience, and even then the aspiration is that this activity “is built around the individual needs of the jobseeker”. The Command Paper also suggests that the Future Jobs Fund may be opened to incapacity benefit claimants – helping all of those who are experiencing worklessness, not just those on the claimant count.

This is a truly progressive policy. It provides Government recognition that nearly all unemployed people want to work, and that unemployment is not the fault of lazy individuals, but a consequence of social and economic failures. It recognises that people facing unemployment need support and not punishment. And it is not just the sentiment that is sound. Evidence shows that job guarantee policies provide the greatest chance of preventing long-term unemployment destroying the lives of individuals and communities and enabling unemployed people to move into work. The proposed introduction is a real victory to those – including the TUC – who have been lobbying hard for such a policy to replace the government’s previous ‘work for your benefit’ proposals.

This announcement also draws a clear line between Labour and Conservative labour market policy – recession victims who find themselves out of work for over two years under a Tory administration would face a “mandatory long-term community work scheme” in return for their benefits – a workfare scheme which evidence suggests would have little impact on claimants’ chances of finding work and could even reduce employment chances by limiting the time available for job search and by failing to provide the skills and experience valued by employers.

There are of course some caveats, the precise design of the Guarantee will depend on the Spending Review settlement, and there is always a risk that the implementation will not live up to the policy intent. In addition, the future of the work for your benefit pilots remains unclear. There is also a risk that while yesterday’s proposals include a sharp increase in the budget for Access to Work, they could also mean less spending on welfare to work programmes specifically for disabled people.

But overall, yesterday’s announcement is a cause for celebration. It signifies a real shift in the Government’s labour market policy, and demonstrates real support for working people.

7 Responses to “Job Guarantees give hope to long-term unemployed”