The mainstream media give a select group of think tanks and corporate interests air space in the name of balance. The blogosphere can help rubbish much of the bias. 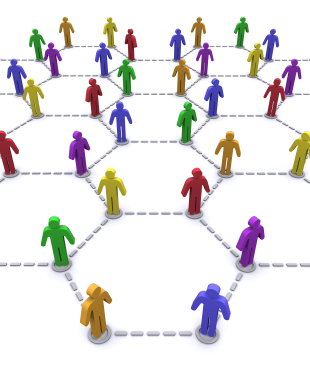 Our guest writer is Andrew Regan who runs Poblish, a new hub for the political blogosphere

Anyone who follows the BBC News site, or who reads a newspaper, will be familiar with a good few interest groups and think tanks. Where their news releases aren’t the entire basis for the story, they are invited to comment at length, in the name of political “balance”, or on the basis of an often-undeserved authority.

A great deal of our time as bloggers is thus spent exposing the same old partisan front groups – the TaxPayer’s Alliance, and so on – corporate shills, and organisations that exist purely and simply for the promotion of a particular set of views. While individuals can always change their mind on an issue, interest groups cannot, and will not. Moreover, their neatly packaged set of proposals can be tempting for governments running short of ideas, and short of friends.

Whether the groups are ostensibly on the left or the right, their influence can only be bad for politics. In the name of “balance”, the essential politics within a debate – the key issues and arguments – is drained away, or rechannelled to the financial benefit of one organisation.

Why should we – as bloggers – put up with seeing the same discredited arguments trotted-out again and again, and which we have argued over and over again, when we have – at our disposal – a vast resource of evidence, argument, and opinion to call upon?

What I propose is a collective – and non-partisan – organisation of political bloggers, which will challenge the interest groups in the name of honest and open politics, and provide newspapers and online news sites with a central resource that allows them to dispense with the services of self-interested think tanks and self-styled experts.

These bloggers would come together whenever required, putting aside their partisan interests, to tap the blogosphere’s collected wisdom – and, just as importantly, its memory – to fisk, rebut, and generally trump groups that are used to thinking in relative isolation. Bloggers will have many advantages, not least access to background information about the groups, via SourceWatch et al.

Of course I don’t propose that bloggers attempt to produce consensus. Not only is this implausible, but it would be dishonest, and would drop us into the same trap as the BBC and others. While artificial disputes help no one, genuine disagreements must come out. The public must have access to the full range of political opinion – no political cause benefits in the long run from anything different.

All in all, by shaking up lazy journalism, exposing lazy thinking, and by undercutting the “go-to” groups and “experts”, the reputation of the political blogosphere – as simply the best resource for distributed thought and opinion we have – must surely increase.

24 Responses to “Harnessing the distributed intelligence of the blogosphere”