For those of us in education, today’s budget makes for pleasant reading at first glance, welcome news that the government will fund 20,000 extra uni places. 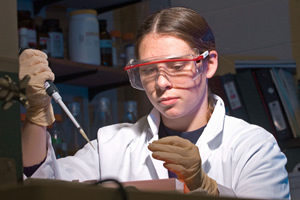 For those of us in education, today’s budget makes for pleasant reading at first glance. There is the welcome news that the government will fund 20,000 extra university places and that it will extend the job or training guarantee for 18-24-year-olds to March 2012.

While it may have been naive to expect another round of punishing cuts in the last budget before the election, it was still encouraging that the government made some effort to keep people off the dole queue. Additional places at universities and colleges are both positive developments, but they do need to be put in context.

£270m additional funding for higher education looks like good news, but the truth is that it won’t be able to repair the damage that will be done by the £900m cuts previously announced. Colleges and universities don’t operate in separate silos so, while finding money to fund extra places as a one-off or for an extra year should be congratulated, the damage will still be done as, overall, money leaves both sectors.

Job losses will be a casualty of the cuts so the additional 20,000 students should expect larger class sizes and less one-to-one time with lecturers than current students. What we really need are consistent long-term plans from both the government and the opposition. We have no faith in the Tories’ muddled plans to fund additional student places through bonuses for students or families rich enough to pay their loan debt off quickly.

We need to look beyond state funding or higher fees for higher education. The three beneficiaries are the state, the student and the employer so perhaps it is time business made a contribution. We recommend raising the level of corporation tax in the UK to the G7 countries’ average and ringfencing the cash for higher education. It would leave our main corporation tax below that of France, Japan and the United States, and 96 per cent of companies in the UK would be unaffected by the change.

The move would be similar to Boris Johnson’s 2p in the pound tax on central London businesses to specifically fund the Crossrail project, which the businesses will benefit from. The growing consensus, bizarrely championed by the Mayor of London, is that the time has come for business to put its hand in its pocket to pay for the benefits it gets from public services.

In further education, the government was right to find the funds to extend the job or training guarantee for 18-24-year-olds to March 2012. There is little point, economically or socially, in consigning young people to the scrapheap. The issue we have, like in higher education, is that colleges are properly supported to deliver the training the youngsters should expect.

The promise of a 2.2 per cent increase above inflation in spending from the government meant little to the education sector. There is already a squeeze on adult education and last week universities were told they faced a real terms funding cut of, on average, 1.8% per cent.

The bottom line is that extra places for students should be a cause for celebration, but with jobs at risk in both universities and colleges we will inevitably see larger class sizes and increased workloads for staff who survive the cull. Anyone who doesn’t think this will lead to a drop in the quality of education is sadly misguided.

Let’s not forget that other leading economies, such as France, Germany and America, are investing money in education. It is a shame that, despite taking a step in the right direction today, overall our government seems intent on doing the opposite.