Today's Sunday Rimes runs pseudo-science as if it were real science - their "scientists", however, have links to the Exxon-funded "Heartland Inst." lobby group. 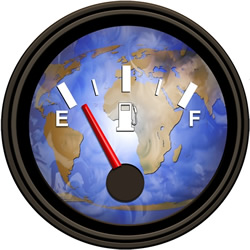 The Sunday Times today run pseudo-science as if it were real science with a story titled:

“World may not be warming, say scientists”

So just who are these ‘scientists’ making the claim at the heart of The Sunday Times’s story?

According to the lobbying transparency organisation SourceWatch, the so-called “Science and Public Policy Institute” (SPPI) – who are named in The Sunday Times as the organisation behind the “research” – are none other than a spin off of the Exxon-funded group “The Frontiers of Freedom”.

The Royal Society has attacked Exxon for its funding of such front groups, which have been described as “the climate denial industry”.

The ‘research paper’ was not ‘peer reviewed,’ which isn’t surprising given that the ‘scientist’ who authored the paper is Anthony Watts, known to the rest of us as one of the world’s leading climate denial bloggers and somebody without any climate science credentials.

The SPPI draws heavily on the papers of Lord Monckton, who the SPPI list among their “personnel”. Viscount Monckton is a UKIP peer who claims to have a Nobel Prize when he doesn’t.

He also claims to have a cure for HIV! Of course he doesn’t. He described the Copenhagen conference as “a sort of Nuremburg rally,” and recently attacked a young Jewish climate campaigner as “Nazi”.

Also today, The Mail on Sunday reports the astonishing claim that “there has been no global warming since 1995”.

In reality, according to both the World Meteorological Society (WMO) and the National Oceanic and Atmospheric Administration (NOAA), the 2000s were the warmest decade on record.

The Mail’s claim is particularly ironic given that the website of the climate denial lobby group, The Global Warming Policy Foundation, promotes a graph of temperatures beginning in 2001, presumably precisely to conceal the marked warming recorded through the 20th Century and the fact that nine of the ten warmest years occurred this decade.

In related news, it has been reported how a quote held up by sceptics as a ‘smoking gun’, as it was purported to have come from former IPCC and Met Office climate scientist Sir John Houghton, was fabricated.

Benny Peiser of the Global Warming Policy Foundation quoted Houghton as saying “unless we announce disasters no one will listen” – but on the letters page of today’s Observer, Houghton demands a public retraction from Peiser.

The Global Warming Policy Foundation, whilst demanding transparency from the scientific community, refuses to reveal who fund them. As Left Foot Forward has already reported, however, many of their key people have ties to the fossil fuel industry.