Richard Branson has called for the deficit to be slashed. But should we listen to a tax avoider and evader? 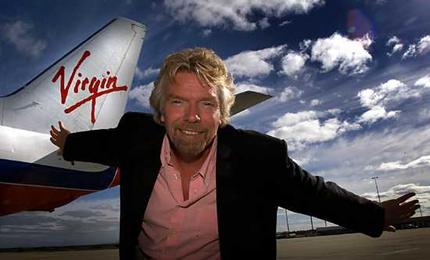 The Evening Standard is reporting that Richard Branson has given the Conservative’s a “huge boost” by calling for the deficit to be slashed. But in this debate should we be listening to a man reported to be a tax avoider?

“We are going to have to cut our spending and I agree with the 20 leading economists who said we need to start this year. The next government, whatever party that is, must set out a plan to reduce the bulk of the deficit over a Parliament by cutting wasteful spending and must not put off those tough decisions to next year.”

According to Tom Bower, Branson uses “tax-free offshore trusts” while This is Money have reported that:

“British members of the super-rich who live here can minimise their tax bill through trusts in tax havens such as the Channel Islands or British Virgin Islands. If the assets owned by the trust are not held in the name of the individual and any income or capital gains is not returned to Britain, these are usually beyond the reach of the taxman. Virgin founder Sir Richard Branson uses offshore trusts, as does Formula One billionaire Bernie Ecclestone.”

Indeed, during the debate over a possible takeover of Northern Rock, Vince Cable pointed out Branson’s previous record on tax evasion:

“I don’t want to run the man down. But it has now been pointed out that Mr Branson does have a criminal record for tax evasion. Therefore there is good reason to believe that the people who have to stump up the money for his consortium may well not regard him as a fit and proper person to run a public company – let alone a bank and let alone be responsible for £30bn of public money.”

In any case, Branson’s wisdom on economic policy is questionable. In 2005, he said:

“One way of increasing government spending without increasing the tax burden on the poor would be to abolish income tax altogether in the long term. I really think you would raise more money by a very heavy tax on luxury goods, leaving food, water and medicines tax-free, of course.”

40 Responses to “Should we listen to Richard Branson on the deficit?”