Labour MP Colin Burgon has written a report on how the party can win back the four million voters it lost between the 1997 and 2005 elections. 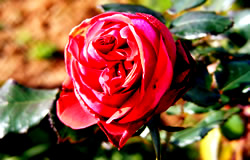 Labour MP Colin Burgon has written a report on how the party can win back the four million voters it lost between the 1997 and 2005 elections, concluding that:

• There are still millions of people who identify with Labour but are not motivated to vote for it;

• Policies that get them to vote can ensure a Labour victory. They need to be given reasons to go and vote for the Party;

• There is no evidence that Labour identifiers are persuaded by the Conservatives or that motivating them to vote Labour would be achieved by more right wing policies; and

• Concerns about the economy are dominating politics and polls show that the Tories are vulnerable on their economic policies and on public service cuts.

The last point, about the economy and cuts, is perhaps the key to deciding the result – the Conservatives’ vulnerability on both holding out the best possible chance of a Labour victory. As Left Foot Forward reported last month, January’s Times/Populus poll revealed:

The Populus result is not a one off. Earlier this month, ComRes’s February poll for The Independent found:

• 82% of the public believe David Cameron should say more about what he would do about the economy; and

• 69% disagreed that the recession would have ended sooner if the Conservatives had been in power.

The poll also revealed that, when asked who the public think of themselves as, 37% said Labour, 31% Conservative and 18% Liberal Democrat – and yesterday, Left Foot Forward reported the IPSOS Mori findings for The Observer that showed Cameron’s popularity had slipped 9 points to 45% in the 18 months to January, with the Prime Minister’s popularity rating up 6 points in the same period to 35%.

The report highlights more such results:

• December’s ComRes/Independent on Sunday poll showed that 68% of the public (and 79% of Labour voters) agreed that the Government’s plans for heavier taxes on people with high incomes are fair;

• December’s YouGov/Sunday Times poll showed 79% of the public (and 91% of Labour voters) supported the tax on bankers’ bonuses.

It is no surprise that these progressive measures are popular, adds the report:

“There is no basis to the claim that Labour would be unable to build a winning electoral coalition with more progressive economic measures targeted on the top one per cent lucky enough to earn over £100,000 per year.”

Mr Burgon, MP for Elmet, has written a detailed analysis of his findings in Tribune.

5 Responses to “How to win back voters Labour’s lost”