David Cameron, in his speech on "Broken Britain" today, stands accused of "easy populism" and sending out different messages over his policies. 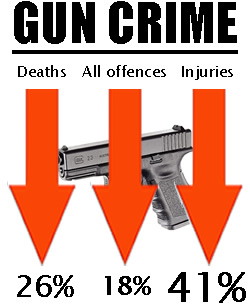 On the day the Edlington Two were sent down, David Cameron has been accused of “easy populism” and “playing politics“ after giving a major speech on what he called the “social recession” and “moral failure” at the heart of “broken Britain”.

In the speech, the Conservative leader defended his controversial marriage proposals, which had been dismissed as “social engineering” by Shadow Business Secretary Ken Clarke last year, imploring the public to “think of the signals” government was sending out.

He also said that he would support “every sort of family” and would “back Sure Start” – a completely mixed signal itself given his marriage tax plans and Shadow Universities Minister David Willetts’s remarks yesterday that “only a few” of the 3,197 Sure Start centres wouldn’t be abolished under a Tory government.

And, answering questions after his address, he brushed over the 8 per cent fall in crime, claiming “we have a problem with violent crime” and “we have had violent crime rising” – this in spite of the British Crime Survey’s 2008/09 figures, released yesterday, which showed a 4% fall in violent offences, burglaries down 8%, robberies down 9% and car crime down a fifth.

Longer term, violent crime – classed as robbery, sexual offences, assault and murder – is down nearly half (48%) since its peak in 1995.

15 Responses to “Cameron sending out mixed messages over Sure Start, crime and family”