Flaws in the UK tax system are costing taxpayers much more than the £40bn set out last week by HM Revenue and Customs. The top end of the range could be £85bn. 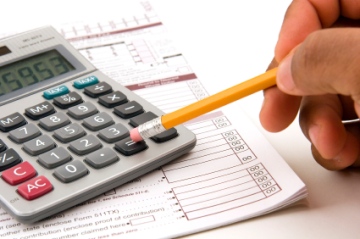 Flaws in the UK tax system could be costing taxpayers much more than the £40 billion set out last week by HM Revenue and Customs. Methodological issues and a failure to set out a range mean that the published figure is likely to be a significant underestimate.

As highlighted in today’s Financial Times, last Wednesday HMRC published ‘Protecting Tax Revenues 2009‘ which estimated that the total UK tax gap equalled £40 billion in 2007/08. Two years ago, Richard Murphy used HMRC documents to estimate that “the Tax Gap is not less than £82.7 billion” and outlined problems with HMRC’s methodology which have not been addressed. He says today that the more likely figure is £100 billion.

But even accepting HMRC’s methodology, the estimates could be out by a factor of two. In a 2005 report titled ‘Estimation of tax gap for direct taxes,’ HMRC outlined that:

According to the 2009 Budget (Table C6), in 2007-08 direct taxes totaled £322.4 billion. A similar tax gap range would therefore be £14.4 billion to £53.7 billion. However, a separate HMRC report ‘Measuring Tax Gaps 2009’ published last week suggested that the total direct tax gap was £25bn – within this range but towards the bottom.

HMRC declined to define a range in their report but using the same assumptions as the earlier 2005 report, it appears that the total tax gap is likely to have a range of £23.0 billion to £85.9 billion.

One Response to “£40bn “tax gap” likely to be an underestimate”