One-time UKIP MEP Tom Wise found guilty of fraud. He told an undercover reporter: “Yes, I am milking the system ... thank you very much!” 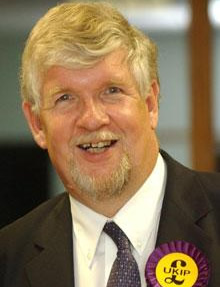 Former UKIP MEP Tom Wise faces up to seven years in jail after being convicted of false accounting yesterday. Wise embezzled £36,000 of taxpayers’ money into a secret bank account – £3,500 of which was spent on two bottles of wine.

The funds were from his £3,000-a-month secretarial allowance, of which only £500 was actually paid to his secretary, the rest being spent “in support of his own interests”.

Wise’s demise brings into focus the scope for corruption in Brussels, which has been overlooked in light of the scandals at Westminster and the publication this week of the Kelly Report. Members of the European Parliament receive a €4,202-a-month (£3,776) general expenditure allowance and a daily subsistence allowance of €298 (£268) – neither of which have to be justified.

The authorities have, however, made the system more transparent; from June, the €17,540 (£15,764) staffing allowance – which Wise abused – was paid directly to staff, not to parliamentarians, and MEPs were no longer able to have close relatives among their staff, one of the new measures to be brought in at Westminster.

Wise, a former policeman, was brought down by a News of the World sting, telling an undercover reporter that his election to the European Parliament was an “opportunity to make shedloads of money”.

“At the end of the day I made £2,000 this week. I don’t know what an MEP’s job is. No one’s ever given me a job description. I’ve no idea what an MEP should or shouldn’t do. So you make it up as you go along.

“Yes, I am milking the system, in as much as I’m overpaid for the amount of expenses I’ve had. But the system is-‘Ignore what it’s cost you, this is what we pay you!’ I clean up the profit. I’ve spent whatever-it-was pounds tonight and I’ll still make a humungous profit. Thank you very much!”