David Cameron's new Euro policy would require agreement from all 27 member states and could cost Britain the rebate. 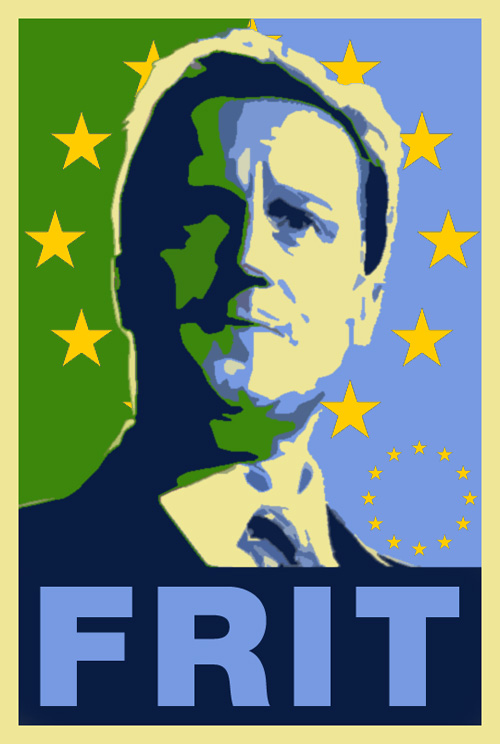 David Cameron has finally set out his post-Lisbon European Union policy. As well as ruling out a “made up referendum” after the general election – a policy popular with 57 Conservative MPs and MEPs, and 66 per cent of Conservative Home readers – he announced that a Conservative government would:

As this blog has outlined, and David Cameron conceded, these opt outs would require agreement from all 27 member states.

“[The] return of social and employment legislation to national control … would require the agreement of 26 other states. And no concession would be made to Britain without us giving something in return. Would we, as other EU members might well demand, give up our budget rebate in exchange? The rebate is worth £3 billion a year.”

A report this month by Charles Grant of the Centre for European Reform outlined that:

“Britain’s partners have no intention of restoring the opt-out from the Maastricht treaty’s ‘social chapter’ that John Major negotiated in 1991, and which Tony Blair abandoned in 1997. They believe that Britain’s relatively liberal employment laws help it to win foreign investment that would otherwise go to continental Europe…

“In 2010 Britain’s partners would probably be unwilling to give it anything more substantive than non-binding declarations on social policy – and that would not satisfy many eurosceptics.”

As for co-operation on justice and home affairs (JHA), the Lisbon treaty gives Britain a de facto opt out (technically, the right to opt in) from all new EU laws to do with policing, justice or immigration. Under the Nice treaty, which defines the rules under which the EU currently operates, the British can only opt out of immigration policy, so it is hard to see how Britain would benefit from abandoning the JHA part of the Lisbon treaty.

Meanwhile on his blog, Jon Worth, an expert on European Union functions, ask:

“What precisely in EU employment and social affairs legislation does the Tory Party disagree with? Does he want to do away with maternity leave? Or the rights of posted or agency workers? None of those things are especially social, and the one thing that would be – the Working Time Directive – is dead at the moment.”

The following basic employment rights, vital to low paid and vulnerable workers, were implemented in the UK following the assent of European directives:

A Conservative government might also seek to reopen the Agency Workers Directive, the implementation of which was delayed last month by Peter Mandelson. TUC General Secretary Brendan Barber said:

“At a time of recession vulnerable workers are even more likely to be exploited by unscrupulous employers. Agency workers are particularly prone to abuse as they have so few rights.

‘The EU Directive goes some way to remedying this and is being implemented in the UK on a basis agreed by employers and unions.

‘Implementing the Directive is not optional, but a requirement of EU law. There is a danger that this issue gets caught up in Conservative Party divisions about Europe, and the real abuse suffered by agency workers gets completely forgotten.’

Excellent analysis of some of the other problems with Cameron’s policy on the blogosphere including Sunder Katwala on the referendum lock who says:

“will this mean a British EU referendum on every new accession Treaty? No new non-accession Treaties are likely for more than a decade. If Cameron excludes accession treaties from the referendum lock, then the Eurosceptics will claim they are being used to sneak in transfers of power.”

…and from Tom Miller who points out that, “the act could easily be repealed by another.”

11 Responses to “The problems with Cameron’s new EU policy”