New concerns have come to light over members of the new European Conservatives and Reformists. The Conservative party are partnering with parties that show sexist, Islamophobic, and anti-semitic tendencies. 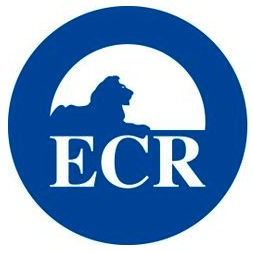 As leading American commentators describe David Cameron’s European allies as “loopy,” new concerns have come to light over members of the European Conservatives and Reformists. The Conservatives are partnering with parties that show sexist, Islamophobic, and anti-semetic tendencies.

The Conservative’s Belgium partners are Lijst Dedecker. Their single representative in the European Parliament is Derk Jan Eppink, a man with well documented sexist views. But this is nothing on the Islamophobic remarks of Jurgen Verstrepen, a Lijst Dedecker member of the Flemish Parliament. Verstrepen wrote on his blog following the Mumbai attacks:

“From the US to Europe and Asia. Wherever there is ‘Islam’, there is death, violence, destruction and blind hatred. Now India is affected. They just had their 9/11. In short: the world is suffering from cancer and it looks like its name is Islam. We urgently need global chemotherapy against Islam to save civilisation.”

Anger at the Polish Law and Justice Party has focused on Michal Kaminski’s statements on the Jedwabne massacre, but others have questions to answer. According to a 2006 special report by the Anti-Defamation League, in March 2001 former MEP, Marcin Libicki:

“supported, on ‘humanitarian grounds,’ Henryk Mania, a man convicted by a Polish court for participation in the wartime mass murder of Jews at the Chelmno death camp. More recently, he sparked a controversy by demanding the demolition of the synagogue in the city of Poznan.”

Libicki wrote in an article published in a local edition of the newspaper Gazeta Wyborcza on January 12, 2006:

“The synagogue building has no aesthetic value … [and is part of] “a plan of Kulturkampf [cultural struggle] which provided for a cultural diminution of the architectural expressions of Polish and Catholic influence in the city.”

Finally, the ECR includes Peter van Dalen a member of the Dutch Christian Union. The party was aligned in the June election with the Reformed Political Party (SGP). The SGP were found in 2005 by a court in The Hague to have violated the UN Convention on Elimination of All Forms of Discrimination Against Women because, according to the BBC, it refused to allow women to become full members.

These latest findings make a mockery of remarks made by William Hague in 1999 that: