As the contentious anti-strike bill moves a step closer to becoming law, efforts are being ramped up to protect the right to strike. 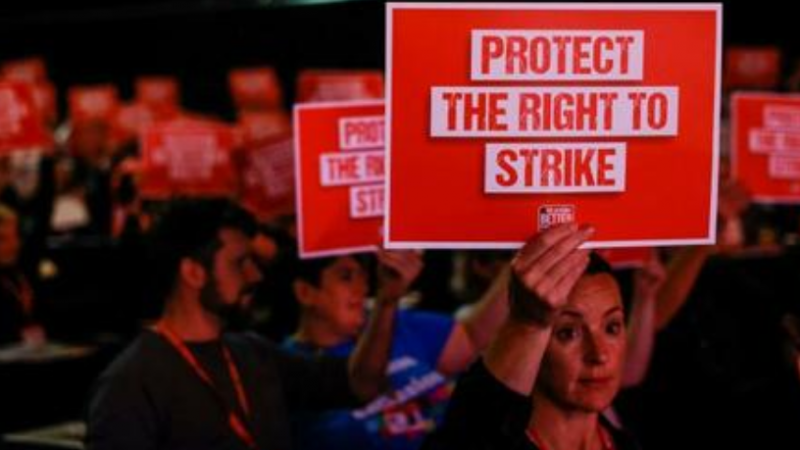 This week saw MPs vote in favour for the Strikes (Minimum Service Levels) Bill that would set minimum service levels for frontline workers holding industrial action. Following a fiery debate in the Commons about the proposals, MPs voted in favour to accept the first reading of the bill by a margin of 60.

Amid dismay and opposition over legislation that will clearly kick workers when they are down, hundreds of thousands of people are putting their names to petitions and supporting campaigns calling to protect the right to strike.

“Trade unions will fight this every step of the way. We’re inviting every worker – public and private sector, and everyone who wants to protect our liberties – to be a part of our campaign to defend the right to strike.”

Launched in early January, the petition to Rishi Sunak has already garnered more than 148,000 signatures.

The petition can still be signed here.

Enough is Enough: Defending the right to strike petition

Enough is Enough campaigns to fight the cost of living crisis through real-pay rises, the reduction of energy bills, to end food poverty, have decent homes for all, and to tax the rich. It was founded by trade unions and community organisations.

The campaigners have launched a petition to defend the right to strike and oppose the government’s latest anti-strike legislation.

The petition has already attracted more than 163,000 signatures. You can add your name to the campaign here.

Launched on the Petitions: UK Government and Parliament platform, the Withdraw the transport strikes (Minimum Service Levels) Bill petition calls on the government to withdraw the controversial bill.

“We believe this legislation would unjustifiably restrict the right of workers to withdraw their labour, which is a fundamental human right.

“We believe the imposition of minimum service agreements will undermine workers and unions. We ask that the Government withdraw this Bill and not impose any other restrictions on rights to strike,” say the organisers.

The petition has already attracted more than 11,500 signatures. It will run until May and can be signed here.