'The science is still far too uncertain, and what we know has not been properly considered or understood, by the government, or by parliament.' 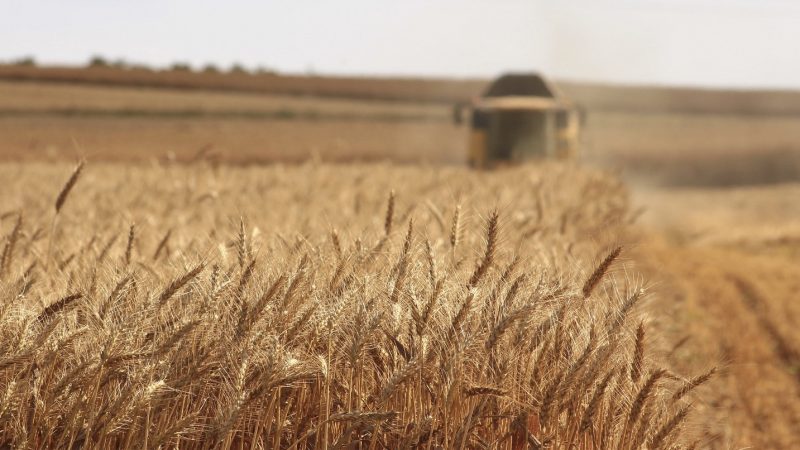 If you want a case study for how our current political system, dating mostly back to the 19th and early 20th centuries, with plenty of medieval remnants, is incapable of grappling with the issues of the 21st, the Genetic Technology (Precision Breeding) Bill is it. This is the Bill that aims to strip regulatory safeguards from whole classes of genetically modified organisms (GMOs), the technology that has let loose fish with genes from sea anemones and jellyfish into vulnerable environments.

It’s what corporate agriculture – the owners of the giant factory farms, the multinational food manufacturers wanting uniform grains to go into tasteless ultraprocessed pap, desire. And what they want, they get.

The Bill raced through the Commons with scant serious challenge (despite the best efforts of Green MP Caroline Lucas and a handful of others), and almost no engagement with the fast-changing science of genetics. In the Lords, the debate, several experts have said to me, was far more informed and engaged (see day one and day two here and here).

But we still find ourselves likely on Wednesday evening to, at best, have made minor changes to a Bill that has cutting-edge scientists deeply worried, and that might – quite possibly – be entirely useless for the industry that has been pushing it (although not possibly for people who want to import gene-edited products from the US, where gene-edited pigs might be approved for production next year).

The problem starts with the title “Precision Breeding” – oh no it isn’t. This is a marketing slogan, not a technical or legal term, which means it should have no place in the title of the Bill or future Act.

Proponents would have you think that the methods they’re using to change the genome of an organism are like precision engineering a machine and mimic what may happen naturally. But they’re not.

Genomes (the complete genetic material of an organism) are biological entities, with complexities of which we still have very limited understanding. Just like when you are trying to train a dog, sometimes it will react in the ways you’re hoping, and sometimes it will very definitely decide that it won’t.

We still hear claims that the only elements of the genome that matter are the genes that code for proteins, but that’s grounded in now entirely discredited science. When I was taught genetics at university, we were told anything that didn’t create a protein was “junk DNA”, just there by historical accident. Yet now we know that it has multiple, varying effects on the behaviour of the coding proteins, and much more, a crucial part of the adaptation of an animal, plant or fungi to its changing environment.

An alternative claim from proponents for gene editing is that “oh well, nature is doing this all the time anyway” – mutations are just a part of life, present in every living thing. But there are mutations and mutations.

The most crucial areas of the genome are relatively protected from “natural” mutation. (And also from mutations induced by radioactivity.) And are better at repairing themselves (i.e. undoing, or attempting to undo, the mutation, whether manmade or natural). And the mutations that occur in nature are biased towards “experimenting” with characteristics of the organism that might help it survive – they’re practical.

This “unnaturalness” of gene editing is where this Bill quite potentially falls into a trap of total uselessness. The test the government is trying to apply to make a plant, animal or fungi fit under this bill is that it could have been produced by so-called “traditional processes” – (some of which are of very recent origin).

If the gene editing techniques are getting into parts of the genome not usually affected by natural mutations, then they are not like traditional methods. In addition, the large scale on which gene-edited and other GM organisms could be released into the environment – all containing their own range of unintended mutations – means that the risk posed by these uncontrolled GMOs will be far greater than anything that could happen in nature. I foresee in the future lots of highly paid lawyers spending lots of billing hours trying to understand the finer points of still deeply uncertain and contested science.

The difficulty of this is reflected in the fact that even at this late stage of the Bill, Report in the Lords, after it has been through all of its Commons stages, the government is still tabling multiple amendments to fiddle with its definitions. That’s never a sign of fully worked-through, competent law.

The problems only grow with the simplistic explanation of the Bill that is being given out by government and industry. This means only genes from the same species. Oh no it doesn’t.

When pushed, even the keenest proponents of the technology will acknowledge that there are, with all current technologies, remnants of other organisms’ DNA used in the process of gene engineering become inadvertently inserted into the engineered organism’s genome. “Oh, but it is only small fragments, and it doesn’t really matter.” First, the fragments of unintended inserted foreign DNA need not necessarily be small but large enough to contain whole new genes. And second, whether insertion of this foreign DNA matters may or may not be true (scientists don’t know for sure), but is certainly not what the public is being told. If the government and industry wants trust, this is not the way to go about it.

Despite all of this, the amendments being put forward by the Labour opposition and likely to be put to the vote are extraordinarily modest. One is to put a timetable delaying when animals can be covered under the Bill – which the government says it plans anyway. The other is to strengthen marginally provisions that demand welfare be considered in approving gene-edited animals.

Calling votes you know you are going to lose is unpopular in the House of Lords. And I’m going to have to weigh on Wednesday whether doing that will put at risk the extremely modest changes being proposed by the larger opposition parties at risk.

The reality remains, this is a Bill that should not be going forward. The science is still far too uncertain, and what we know has not been properly considered or understood, by the government, or by parliament. That we are where we are today is just one more demonstration – and a very serious one – about the inadequacy of our current outdated, dysfunctional constitution.