UCU members will walk out in a long running dispute over pay, conditions and pensions 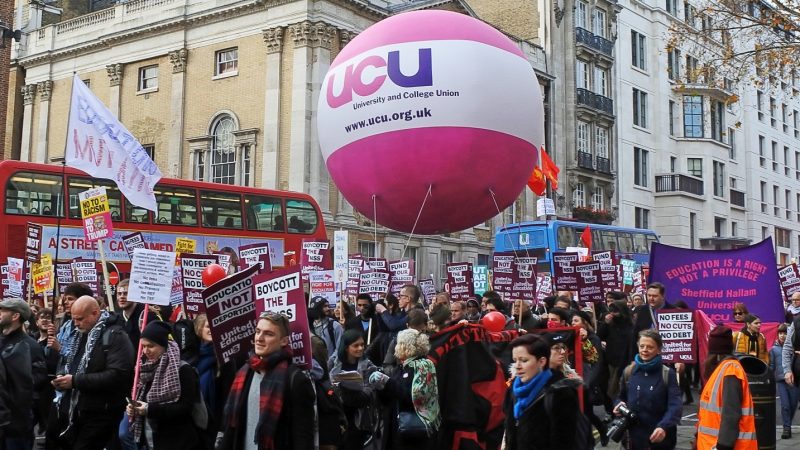 The industrial dispute in higher education is set to face major escalation this spring. Over 70,000 academic staff at 150 UK universities will take 18 days of strike action between February and March, the University College Union (UCU) has confirmed.

While precise dates will be confirmed next week, the announcement nonetheless indicates a ramping up of tension between staff and their employers. Academics will be taking strike action in a long running dispute over pay, conditions and pensions.

UCU took three days of strike action in November 2022. At the time, the walkouts were described as the biggest strike in the history of the higher education sector.

The union is seeking a pay rise which addresses cost-of-living crisis as well as an end to insecure contracts in higher education. Academics were initially given a 3 per cent pay offer from employers this year, having experienced over a decade of below-inflation pay awards.

According to UCU, the Universities and Colleges Employers Association (UCEA), which represents university employers, made a pay offer worth between 4 and 5 per cent on Wednesday. UCU said the offer was ‘not enough’.

In the pension dispute, UCU is seeking an end to cuts and for benefits to be restored. The union estimates that a package of cuts made last year will see the average member lose 35 per cent from their guaranteed future retirement income, which UCU claims will amount to to hundreds of thousands of pounds for staff early in their career.

Speaking on the announcement, UCU general secretary Jo Grady said: “Today our union came together to back an unprecedented programme of escalating strike action. The clock is now ticking for the sector to produce a deal or be hit with widespread disruption throughout spring.

“University staff dedicate their lives to education and they want to get back to work, but that will only happen if university vice-chancellors use the vast wealth of the sector to address over a decade of falling pay, rampant insecure employment practices and devastating pension cuts. The choice is theirs.”