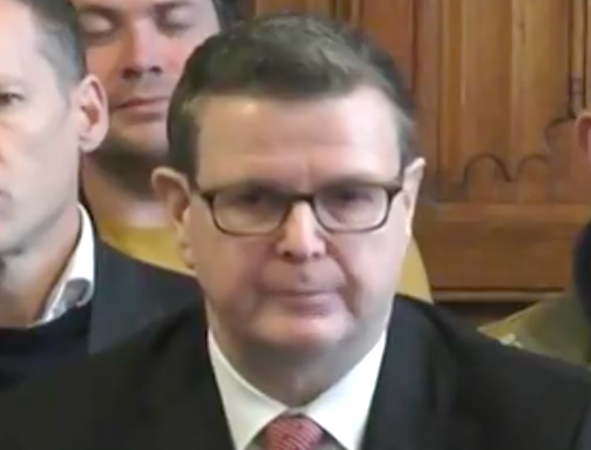 Royal Mail CEO Simon Thompson endured a humiliating appearance before MPs yesterday afternoon, as he answered questions over financial mismanagement at the company as well as poor treatment of workers.

Thompson was asked about the £140,000 bonus he was given, while postal workers struggle to make ends meet during a cost of living crisis, with further strike action expected by the CWU.

Labour MP Darren Jones asked Thompson: “Why were you given a bonus of £140,000 last year?”, to which Thompson answered: “The bonus that was paid to me last year was based on the business performance last year and based on the criteria’s that were set by the remuneration committee at that point of time.”

Jones pointed out that the company’s board had changed the way in which Thompson’s performance was measured. He said: “Traditionally they would be looking at revenue, profit, service level, delivery, I understand it’s been changed to just shareholder value.

“Is that why dished out so many of millions of pounds last year instead of investing it into the business because it creates the opportunity for you to get a larger bonus?”

Thompson rejected the claim, however Jones once more asked why the plan for bonuses had been changed, highlighting that Royal Mail couldn’t accurately measure the performance of Thompson on revenue and profits because of the ‘state of affairs at Royal Mail’ and therefore only looked at shareholder value.

The Royal Mail CEO insisted that his performance was measured in making sure customers were receiving a quality service.

The Labour MP pointed out that Thompson was incentivised purely by delivering value for shareholders and that cutting costs and the workforce still meant the CEO would do well.

At one point during his appearance before the Business Committee, Jones had to remind Thompson that “misleading Parliament is not something we appreciate on this committee.”

The exchange has gone viral online, with one social media user writing: “It’s outrageous that the grubby deal that the Tories did to sell off the royal mail went through in the first place. Bonuses for giving big dividends to shareholders is not a performance bonus, it’s taking investment money and giving it to the rich.”