“What we’ve got now is nothing more than an asset stripping agenda”, he said. 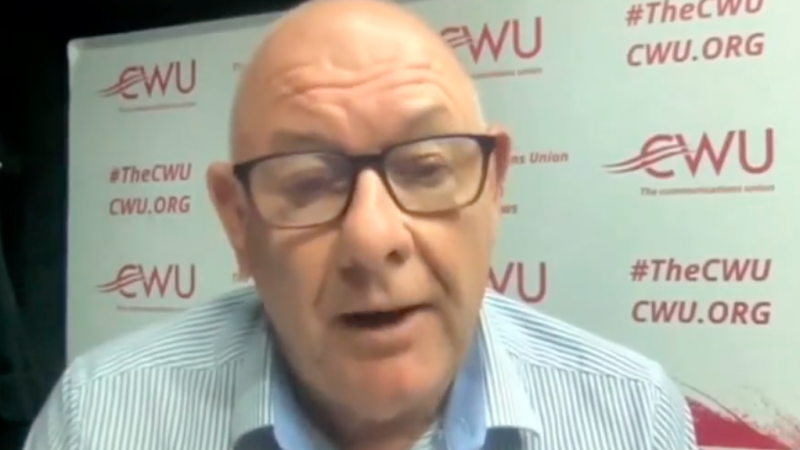 CWU General Secretary Dave Ward has laid out in damning detail the brutal attack carried out on postal worker’ pay and conditions at a select committee in Parliament today.

Appearing before the Business select committee today, Ward accused Royal Mail bosses of “waging war” on staff and using intimidation tactics, including suspending more than 200 workers, in a protracted dispute over pay and conditions.

Ward said that the company’s whole strategy isn’t about modernising, which he said was a phrase used to put unions on the back foot.

“What we’ve got now is nothing more than an asset stripping agenda”, he said.

“It’s the next stage of breaking up the company. It’s a levelling down agenda in everything, in the value of the jobs that postal workers do, it’s about replacing the existing workforce overtime with a new model which we’ve seen across the UK which is based on self-employed workers where they have to take the burden of paying for their own vans, they don’t get holiday pay, sick pay or pensions.

“It’s about prioritising the shareholders in this debate over key workers. During the pandemic our members, they were categorised as key workers, they kept the country connected, they kept Royal Mail going and got it to a position during that period where they made £758 million in profits.”

Ward told MPs that Royal Mail’s hierarchy had made catastrophic decisions which they needed to face up to and be held to account for, including giving shareholders £567million of profits through shareholder dividends and buy back schemes.

He added that postal workers faced an attack on the number of jobs ‘the likes of which we have never seen’ and that thousands upon thousands of jobs were at risk.

It comes as the CWU prepares to ballot its more than 100,000 members over further national strikes, said fresh talks were not heading toward an acceptable agreement.