'We urgently need to offer ways of fixing the broken politics that got us here in the first place.' 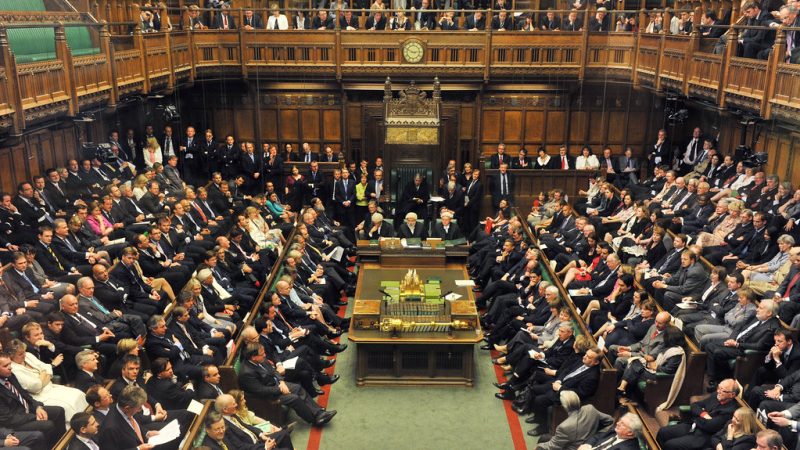 Richard Burgon MP is the Member of Parliament for East Leeds

There’s a widespread feeling that Britain is broken. It’s no wonder when we have an economic model that enriches the 1%, public services that have been brought to the brink by Tory cuts, and an energy system that puts profits before people’s basic needs.

Our democracy is not immune from this sense of crisis either. This is driven in no small part by the fact we have a government without real democratic legitimacy. Two new Prime Ministers have taken office since the public last had a say at the 2019 general election. Just 80,000 Conservative Party members propelled Liz Truss’ dangerous ideas into Downing Street. Even fewer voted for Rishi Sunak.

Despite their lack of a real democratic mandate, both PMs have been intent on tearing up the promises their party was elected on. While Tory corruption, sleaze and cronyism have further undermined trust to the point that the public does not believe politicians can sort out this mess. Worryingly two in three people now see politicians as merely out for themselves. Just 4% of people believe MPs are doing their best for the country.

We urgently need to offer ways of fixing the broken politics that got us here in the first place. That requires a radical new approach to our democracy.

Yet the Tory government response to its growing unpopularity and to growing public distrust is to curtail key democratic freedoms. They are clamping down on the right to protest, to strike and even to vote, through their discriminatory Voter ID plans, to insulate themselves from the anger of the vast majority of people.

As progressives, our alternative must be the exact opposite: to strengthen democratic rights, modernise our democratic processes and redistribute power away from Westminster and give it back to the people.

That is why this week, I’m bringing a Bill to Parliament that would allow the public to directly call a General Election when the vast majority have lost faith in the Government and when our parliamentary system fails to respond. It is a scar on our democracy that there is currently no mechanism at all for the public to do that.

Under my Bill, a new recall mechanism would allow the public to call a general election if at least half the number of voters in the previous General Election endorsed the call for an early poll via an official petition process. They could only initiate this when we are more than halfway through the 5-year maximum period for a Parliament.

The high threshold is deliberately difficult to meet and would ensure a recall could only be used in extraordinary circumstances, the kind we are in right now.

A recall mechanism would give the electorate a more active role in our politics by re-distributing a key power, presently reserved for MPs, to dissolve a parliament that is out of touch with the people.

The threat of recall would also give politicians nowhere to hide when they take choices blatantly out of step with the needs of the 99%. Would a government with the threat of recall make changes so bankers’ bonuses are allowed to soar during a cost-of-living crisis or allow energy giants to rip off millions?

Of course, there is no single, silver bullet that can restore trust in our politicians, politics, and democracy. This recall mechanism would have to be part of a package of democratic reforms to reset our democracy. For example, by banning MPs from having second jobs as I proposed in my Bill last year.

Some will say such a Recall Mechanism isn’t possible or desirable. But that has been said about every democratic advance we have won over the last few centuries. When Finland became the first country in Europe to give women the vote in 1906, that too was viewed as radical and defenders of the status quo said it would never work.

In fact, leading academics say that recall mechanisms and more direct forms of accountability are becoming ever more popular across the world as citizens’ dissatisfaction with their elected representatives gets more acute.

Given we are in an unprecedented crisis, we must be prepared to offer a bold alternative to what is an undeniably broken status quo. Of course, the Tories will likely prevent my Bill from proceeding. But I hope it kick-starts a conversation about why we need to modernise our democracy to empower the public and prevent an unrepresentative Government from being able to cling on to power when people have simply had enough.