'All in all, the fantasy of countries queuing up to sign trade agreements with ‘Global Britain’ and filling the gap left by Brexit remains just that - a fantasy.' 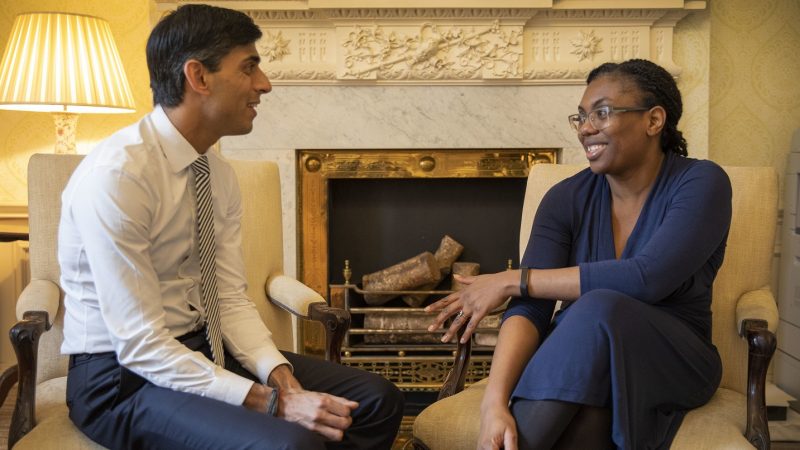 New Year’s Day 2023 marked another broken promise in the Tories’ post-Brexit plans for the UK. It was the day we were supposed to be celebrating the manifesto promise that the UK would have notched up 80% of UK trade being covered by free trade agreements – three years on from the 2019 general election.

Instead of piling up trade deals, the government’s post-Brexit trade woes continue to pile up.

The Tories are claiming that they have secured around 70 new trade deals – but the majority of them are simple roll over deals from our membership of the EU, which maintained current EU trading relations with other countries.

He went on to call for the resignation of Crawford Falconer, the interim permanent secretary for the Department for International Trade, telling the Commons that Falconer ‘resented’ people who understood technical trade issues better than him. The Institute of Directors said that “Our deal with New Zealand is estimated to have negligible impact on UK GDP.”

The UK was also renegotiating bilateral deals with Canada and Mexico that were rolled over from EU membership, but the talks have slowed down because Canada in particular is demanding similar concessions on agriculture that were granted to Australia.

Talks with the Indian PM Narendra Modi, which both Boris Johnson and Liz Truss said should be concluded by the end of October (by the festival of Diwali), have stalled – with foreign secretary James Cleverly declining to say what was hold up actually was.

It is believed that India’s demand for easier access to British visa’s for Indians, including those planning to work the UK, is a major stumbling block. There are also many concerns about an agreement with Modi notably on workers rights in India, which the TUC highlighted following discussions with Indian trade unions, as well as Tory fears that Rishi Sunak cannot be seen to give India a rushed one sided deal like the Aussie deal has turned out to be.

Under pressure from Labour, Brexit supporting trade minister Kemi Badenoch declined to answer when the magical figure of 80% would be reached – instead rowing back using the new mantra that the government is concerned about the ‘substance of trade deals and not the timing’  and that the government was ‘thinking about the future and not to refight the Brexit debate’.

This is clearly in response to Liz Truss’ demand to get trade deals done – and fast – and her over the top claims on the Aussie deal as a ‘win-win’ that would slash tariffs, lower prices and improve choice”.

Which brings us to the UK’s application to join the current eleven country CPTPP ‘Indo-Pacific’ trade deal – currently in its sixth round of talks.

The CTPPT deal was trumpeted last year by Boris Johnson as a ‘golden opportunity’ with the pro Brexit media telling the UK to prepare for a ‘trade bonanza’ and as the opportunity for the UK to make up some of the loss of membership of the European single market.

But the prospects of CTPPT staying at 11 countries are now slim. Taiwan, South Korea and China have applied to join – after the UK filed to join and Thailand also wants in.

UK farmers who now feel they were thrown under a bus by Truss on the Aussie deal are worried – a 13 member bloc imeans £98 million would disappear from British farming’s economic output — with a £1.7 billion blow to semi-processed food predicted under a 13-member CPTPP.

The National Farmers’ Union (NFU), has said: “Should the UK accede to CPTPP, the government should make sure that future candidates to join the bloc do so on terms that do not put further pressure on UK producers.”

All in all, the fantasy of countries queuing up to sign trade agreements with ‘Global Britain’ and filling the gap left by Brexit remains just that – a fantasy.