If only some of our hard-pressed public sector workers were given such a pay rise. 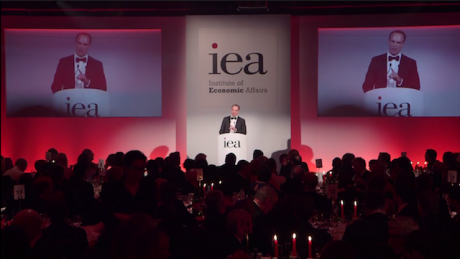 The right-wing libertarian think tank, the Institute of Economic Affairs (IEA), which championed Liz Truss’ disastrous mini budget, has recently been arguing in the media that above-inflation level pay rises for hard-pressed striking workers are unaffordable.

In one recent appearance last month, the IEA’s Head of Public Policy Matthew Lesh appeared on talkTV to discuss the pay demands of striking ambulance workers.

He said that the pay demands of ambulance workers were ‘unaffordable’. Yet while arguing for pay restraint from ordinary workers, the IEA doesn’t seem to be following its own advice.

The Private Eye reports that while the IEA goes around supporting the government line and says that few people in the ‘private or public sector’ should expect an above-inflation pay rise, one of its own top staff enjoyed a 28% pay rise in the year to March 2022.

The Eye writes: “The IEA’s accounts, released two days before Xmas, tell a different story….because Development Director Angela Harbutt is the ‘partner’ of IEA Direct-General  Mark Littlewood, her pay is listed in full as a ‘related party transaction’.

“That suggests Harbutt had a pay rise of 28% last year.”

The magazine also says that while it’s difficult to be precise over Littlewood’s salary, because account information only relates to pay bands, it’s still possible to draw broad conclusions about the Director-General’s pay.

If only some of our hard-pressed public sector workers were given such a pay rise.