“What a headline to sum up three days of scandal" 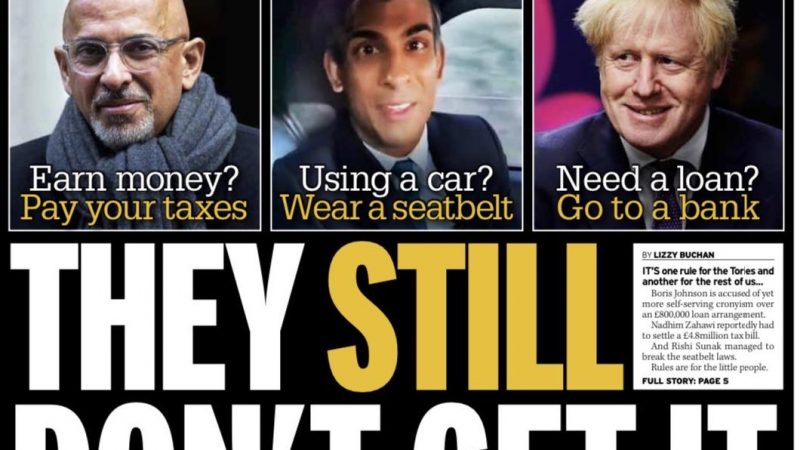 The Daily Mirror is being praised for its brilliant front page tearing into the Tories, after yet more allegations of sleaze and corruption hit the party.

It comes after former Chancellor Nadhim Zahawi was revealed to have paid a penalty to resolve a dispute with HMRC over unpaid taxes, Rishi Sunak was fined for not wearing a seatbelt and claims the chairman of the BBC helped Boris Johnson secure a loan guarantee, weeks before the then-PM recommended him for the role.

The Mirror ran the subheading today of: “Useful guide for Tories” with pictures of Zahawi, Sunak and Johnson below and accompanying captions.

‘Earn money? Pay your taxes’ was the one used for Zahawi, while Sunak’s picture was accompanied with the words ‘Using a car? Wear a seatbelt’. Johnson’s picture had the words, ‘Need a loan, go to a bank’.

The paper’s headline read: “THEY STILL DON’T GET IT”.

The front page received much praise online, with one social media user writing: “What a headline to sum up three days of scandal’.