'This is anti-bullying week, will he apologise?' 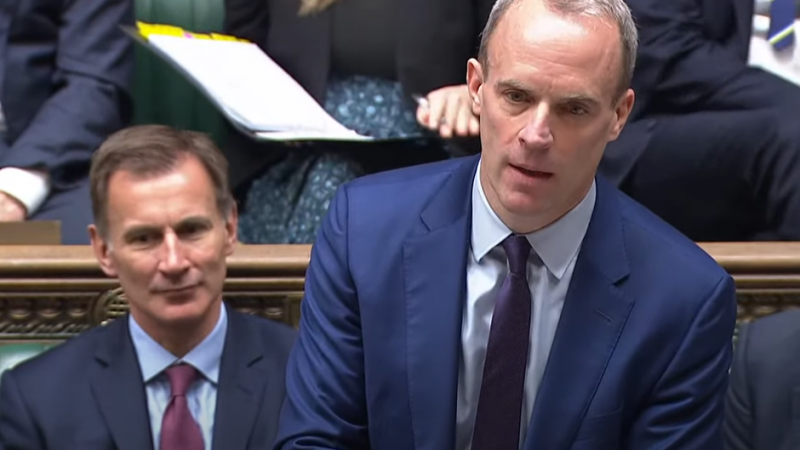 Dominic Raab and Angela Rayner are no strangers to trading blows at the dispatch box, but this was the first time the pair had gone head-to-head since the change in PM.

As Raab deputised for Sunak, who is still away at the G20 summit in Bali, Rayner gave him a grilling about the formal complaints that have been made about his behaviour.

Noting how his behaviour has been called demeaning, and that staff were afraid to enter his office, the Labour deputy raised some awkward questions for the deputy PM, who also serves as justice secretary.

“This is anti-bullying week, will he apologise?” said Rayner.

Rayner then asked Raab when the government will be appointing a new ethics advisor, in order to “drain the swamp.” The deputy PM told the Commons that the “appointment of an ethics advisor is already under way.”

Not letting the absent prime minister off the hook, Rayner accused Sunak of being ‘too weak to get a grip’ after Raab revealed he had asked the PM to request an independent investigation into the formal complaints against him.

“Let me get this straight,” she said, “He has had to demand an investigation into himself because the prime minister is too weak to get a grip.”

Raab replied he was “happy to address any specific point she wishes to make.”

The Labour MP for Ashton-under-Lyne also accused the government of “dragging its feet to protect their profits.”

All-in-all, the session wasn’t as embarrassing or awkward for Dominic Raab as it could have been.

But with the investigation just beginning, one can’t help but suspect there will be plenty of fireworks ahead for the deputy prime minister.