Two complaints have been filed against the deputy prime minister over his behaviour at work. 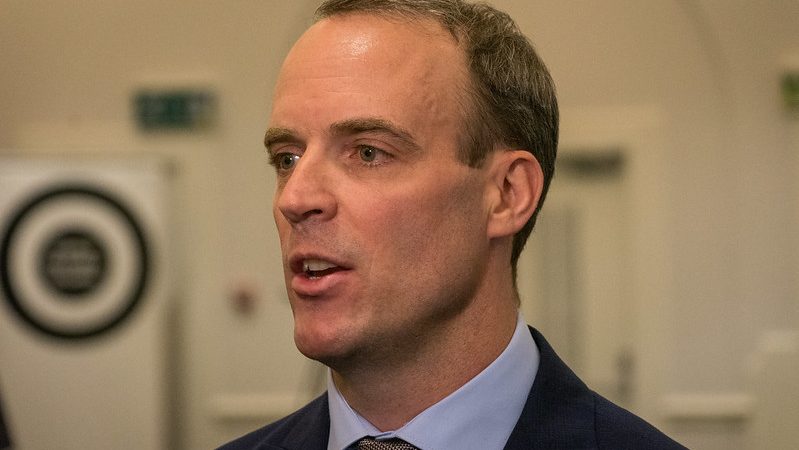 Raab has been accused of losing his temper, including throwing food across his room, with civil servants being feeling too intimidated to enter his office.

Today – November 16 – the deputy prime minister and justice secretary wrote to Rishi Sunak to inform him that he had “just been notified that two separate complaints have been formally made against me.” One complaint relates to his time as foreign secretary and the other during his first period as justice secretary – both under Boris Johnson.

The official complaints follow a series of allegations that a civil servant and others, deemed Raab’s manner has sometimes demeaning and overly abrupt. They say at times it felt like bullying.

The deputy PM has repeatedly denied any wrongdoing and has formally requested an independent investigation into his conduct. He says he would remain in his posts and has “never tolerated bullying.”

On November 15, the prime minister said he was not aware of any formal complaints but said any officials with concerns should come forward about Raab’s behaviour.

The same day, Civil Service World (CSW) cited a number of anonymous officials saying staff at the Ministry of Justice felt Raab was ‘gaslighting’ them after he told attendees of an MoJ meeting he had ‘zero tolerance’ towards bullying.

Dominic Raab was “known as a bully” and made a habit of “intimidating and belittling” civil servants, a former senior official told CSW. Another Whitehall source had said he had “created a culture of fear” and that: “Far too many anecdotes about Raab end with him literally shaking with rage at an official.”

The official complaints come ahead of today’s PMQs, when Dominic Raab is standing in for Rishi Sunak who is still away at the G20 summit in Bali.

The prime minister had earlier said his “absolute number one priority” is to deal with the “economic situation at home”, as inflation hit 11.1 percent.