Britain’s former chief Brexit negotiator has joined the Global Warming Policy Foundation and claims ‘we’re not in a crisis.’ 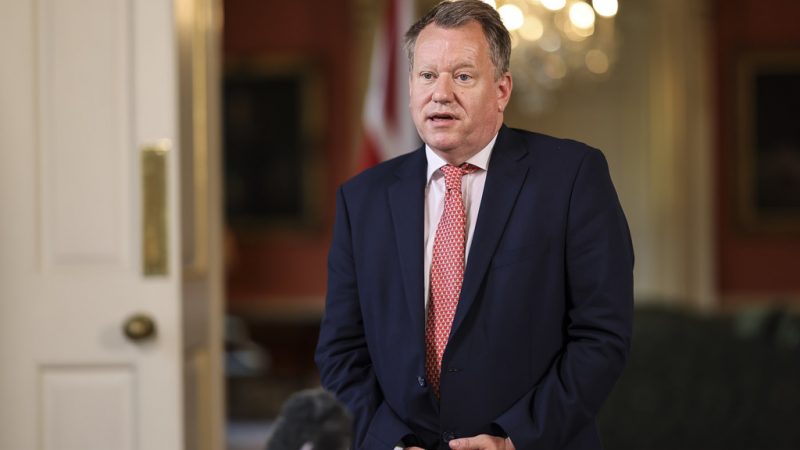 During a searing heatwave in Britain in August, the ex-cabinet minister criticised the government’s drive to cut emissions as a “totally unrealistic approach,” described wind power as “medieval” technology, and said that climate change was just “one of the many” problems we face. He urged Johnson’s successor to stop “hectoring” Britons about going green.

This week, the staunch Brexiteer and Tory heavyweight announced he had joined the Global Warming Policy Foundation (GWPF). Defending his decision on GB News, Frost said: “In my view we’re not in a climate emergency or a climate crisis in the very hysterical way some people want to suggest.

“But we do have a problem. And the way to tackle that is to adapt and to be serious about the kind of energy supplies we are trying to develop.

“But my worry is that we’re rushing this, trying to do too much too quickly, the technologies aren’t yet available and we’re running into problems.”

GWPF was founded by former Tory chancellor Nigel Lawson. The controversial think-tank denies global warming is a crisis, stating: “We’re not in a climate emergency.”

In May, it was revealed that the Tory-linked lobby group has received hundreds of thousands of pounds from an oil-rich foundation with large investments in energy firms.

Due to its policy stance, the GWPF has faced calls to have its charitable status revoked. In October, a cross-party group of MPs urged the Charity Commission to investigate potential misuse of funds by the  GWPF.

The group resides at 55 Tufton Street, home to a number of ‘free-market’ think-tanks that are associated with Liz Truss’s disastrous 45-day stint as prime minister.

According to Lord Frost, who was the lead Brexit negotiator under Boris Johnson, the think-tank offers an “objective view” of climate change.

Nigel Lawson shared his support of Frost’s arrival at the group, saying: “I warmly welcome David Frost to the GWPF board. He is a man of great experience and achievement who will further strengthen our already strong team.”

Not everyone shared similar adulation. News that Frost, who sits firmly to the right of the party, has joined the climate sceptic group sparked condemnation.

Labour MP Clive Lewis, who was one the MPs that submitted the complaint about the financial activities of GWPF to the Charity Commission, said: “In some ways I welcome” Lord Frost’s declaration as “it clears the air and gives voters a clear voice between those politicians who are going to do what’s required and those who aren’t.”

The tweet sparked a thread of criticism about the former Brexit chief.

“I’m sure Frost will work his jinxing magic at his fossil-fuel cult headquarters, just as he did at the Brexit negotiating table… contributing a load of stale, arrogant and irresponsible prejudice instead of doing anything remotely wise or responsible,” posted Twitter user Sarah Murphy.

Mirror readers shared their thoughts on the news, with one reader writing:

“He got the Brexit call wrong and now climate change wrong… who is employing this fool?”

“There’s a degree of hypocrisy on the part of those who won’t do fracking in the UK but are perfectly happy to import large quantities of fracked gas from the US.”