A review into the locking up of journalists covering the M25 protests has found that the conduct may have been “unlawful interference” in their freedom of expression. 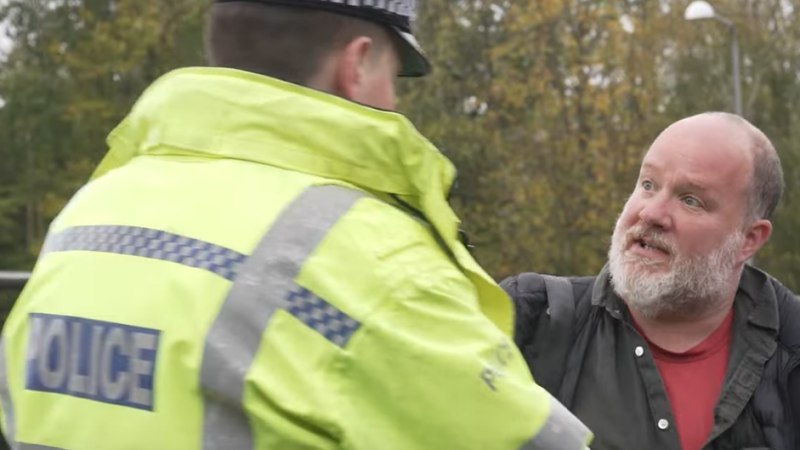 The review also found that senior police officers had ordered the potentially unlawful arrests. It found that the arrests of Charlotte Lynch, a reporter for LBC, press photographer Tom Bowles, filmmaker Rich Felgate, and another journalist who has not been named, were directed by senior officers at Hertfordshire police force.

Rather than being a mistake or an overreaction, the police had formulated a policing plan which failed to anticipate the possibility that reporters may be present at the incident, says the review. It said a ‘generic’ plan in place for the protest including a ‘bland’ list of legislation with no reference as to why it was applicable, and set “no intervention policy or tactical parameter”.

“None of the original plans made specific mention of members of the press or media and what their role entails and what the response should be,” it said.

The review, which was carried out by the neighbouring Cambridgeshire Constabulary, makes five recommendations to Herts police. One is that officers complete a joint National Union of Journalists and College Policing training package on interacting with the media within 30 days.

The arrest of the media professionals as they covered the Just Stop Oil protests on the M25 earlier this month sparked widespread outrage and concern that such arrests could become more familiar if the Public Order Bill becomes law. The Bill, which is on its way to becoming law,  is designed to give police greater powers to crack down on “guerrilla” protest activities. It has been criticised for “treating peaceful protest like terrorism.”

Tyrone Steele, a criminal lawyer at Justice, had said the incidents clearly demonstrate the broad range of powers that already exist to police protests and show how they can be misused to stifle press freedom.

“These arrests foreshadow what might become commonplace if the Public Order Bill is passed. The Bill creates a swathe of new criminal offences that are so broad they have the potential to capture a vast range of ordinary peaceful behaviour, including journalists covering protests.”

Liberty, which challenges injustice, defends freedom and campaigns to ensure everyone in Britain is treated fairly, has also raised concerns about the Bill. Jun Pang, policy and campaigns officer at Liberty said: “The government is trying to resurrect dangerous anti-protest proposals that the people and Parliament have already loudly rejected just months ago.

“In recent years we’ve seen this government hand out sweeping powers to police which have been used to create a hostile environment for protesters and an increasingly dangerous working environment for journalists who face intimidation and arrest for simply doing their jobs. But this is not an isolated incident.

“The Public Order Bill will have a chilling effect on the right to protest, criminalising anyone attempting to make themselves heard. The arrests we’ve seen this week show that we are heading in the wrong direction. In a functioning democracy, everyone must be able to stand up to power,” said Jun Pang.

Gabrielle Pickard-Whitehead is a contributing editor at Left Foot Forward