The surcharge on the profits of banks will be cut from 8% to 3%, which means more than a billion pounds in tax savings for banks every single year. 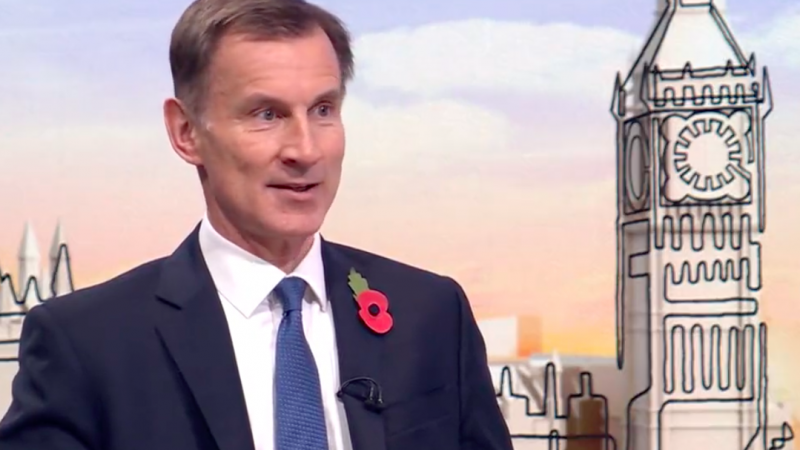 As policy wonks and commentators continue to pour over the numbers in Jeremy Hunt’s Autumn Statement, it’s becoming clear that in many respects the Tories continue to govern in the interest of the well off in society, while doing very little for the poorest.

As Hunt set out his £55bn worth of spending cuts and tax rises (although he didn’t give much detail about the spending cuts, simply saying they will fall after the next election), buried in his autumn statement, was a significant tax cut on the profits of banks.

As Adam Bienkov of Byline Times highlighted, the surcharge on the profits of banks will be cut from 8% to 3%, which means more than a billion pounds in tax savings for banks every single year.

So much for ‘we’re all in this together’ and wanting to help the poorest with ‘compassionate conservatism’.

To make matters worse, Hunt chose to ignore the pleas of charities, campaigners and parents and decided not to extend Free School Meals to 800,000 children living in poverty and whose families are in receipt of Universal Credit.

Reacting to his decision, Anna Taylor, Executive Director of The Food Foundation, said: “The Chancellor’s decision to overlook the wealth of compelling evidence and groundswell of public support to extend Free School Meals is not just extraordinarily short-sighted; it lacks compassion.

“At a time of soaring taxes and inflation, this highly targeted intervention would have transformed the lives of hundreds of thousands of children.

“Today’s budget has not deterred us from speaking up on behalf of these children – it has only served to stoke the fires of our campaign. It is now more important than ever to flood the inboxes of our MPs to request their support.”

The Office for Budget Responsibility also predicts that UK households are set to suffer a 7.1 per cent fall in living standards over the next two years, the largest decline in six decades.