"The Daily Mail pitting nurses against migrants. Is there nothing this rag wont try" 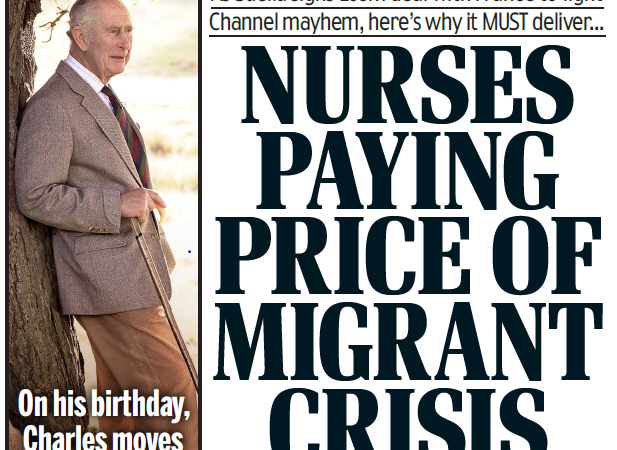 The Daily Mail has been slammed for pitting nurses against migrants, in what’s been condemned as ‘shoddy, xenophobic, evidence-free journalism’.

The paper’s front page today, features a headline with the words: “Nurses paying price of migrant crisis’. The story goes on to claim that ‘hospital nurses are being forced out of hotel rooms to make way for asylum seekers’.

It goes on to add: “The Home Office has given foreign nurses studying for UK qualifications-to help ease NHS staffing pressures-less than a month to move out of their accommodation’.

Dr Zubaida Haque, former CEO of the Equality Trust, tweeted: “Shoddy, xenophobic, evidence-free journalism as always. Does the Daily Mail not realise that the NHS would not function without migrant staff?? Some 66,000 nurses and midwives in UK are migrants and in places like London over a quarter of NHS staff have non-British nationalities.”

One social media user tweeted: “The Daily Mail pitting nurses against migrants. Is there nothing this rag wont try”, while another added: “What an abhorrent headline, albeit unsurprising at this stage. Also deeply illogical since it is migrants that are keeping our NHS going.”

The Mail clearly thinks that the NHS crisis has nothing to do with how it’s been underfunded during the last 12 years of Tory rule, choosing instead to pit vulnerable migrants and refugees against poorly paid nurses.