“When was Ed Miliband the Prime Minister???" 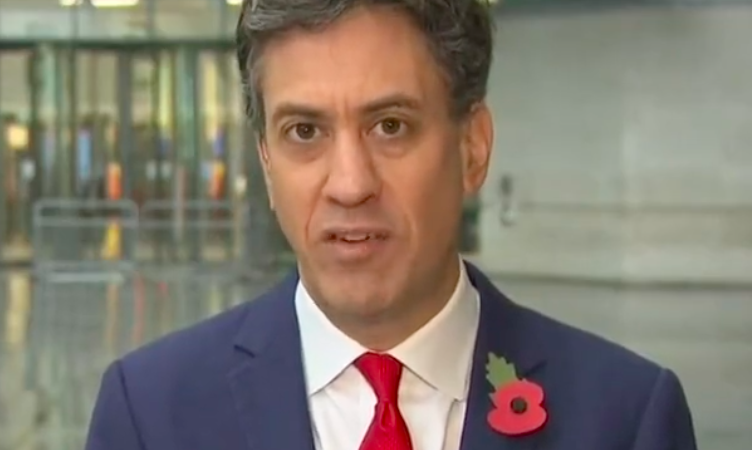 The Daily Mail is known for its ludicrous and outlandish headlines, but even by its standards, its most recent attack on Ed Miliband left many bemused.

The paper that spent weeks campaigning for Liz Truss and hailing her unfunded tax cuts and which cheered on her disastrous mini-budget which did indeed tank the economy and caused investors to flee, leaving a £40bn fiscal black hole, thinks it’s the former Labour leader who is to blame for the state of the country’s economy.

The paper ran the headline: “Has anyone caused as much damage to the British economy as Miliband”. Clearly it seems to have forgotten who’s been in power for the past 12 years.

The headline was mocked online, with one social media user writing: “Has this tweet crossed over from a parallel universe or something.”

Another social media user wrote: “When was Ed Miliband the Prime Minister???

“The Tories have had 12 years and this is what the Mail resort to? OPEN YOUR EYES BRO”.

Labour councillor Matt Dent tweeted: “Just imagine being the Daily Mail, having enthusiastically supported Liz Truss and her band of libertarian ideologues crashing the UK economy, and having the utter gall to publish this piece accusing *Ed Miliband* of causing the most damage to the British economy.

Miliband is clearly the topic of focus in the Mail this week, with the paper also targeting him with a front page story yesterday in which they blasted the shadow secretary of state for climate change and net zero, simply for calling for the UK to acknowledge its historic responsibility to poorer countries battling climate change, given how much they have suffered.

Miliband said: “This is about global solidarity and its part of our aid commitment.”

He added: “It’s morally right and it’s also in our self-interest too, because if we don’t act and if we don’t help countries around the world, then we’re going to end up with the problems that countries face in terms of refugees for example coming back on to us.”