“Don't blame people who are fighting for their family income at this difficult time." 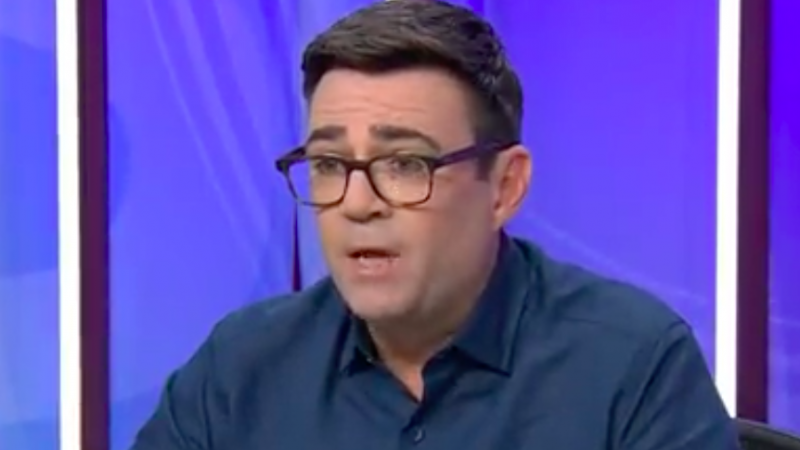 The Mayor of Greater Manchester Andy Burnham has been praised for defending public sector workers who are going on strike to protect their incomes.

Burnham appeared on BBC Question Time last night, where the panel was asked about the RMT rail strikes ahead of Christmas and whether the union was ‘intent on destroying Christmas celebrations’.

Burnham told the audience: “In these circumstances with the cost of living as it is and where pay has been, and when you have a government that won’t negotiate with the unions, because they haven’t been negotiating with them, I don’t think it’s fair to blame people in those circumstances.

“The Government has to bear a significant amount, if not all of the responsibility.

“Richard (Richard Holden Conservative MP) said that the RMT had been aggressive, they called off strikes a couple of weeks ago because there had been some progress, but when there’s no progress, when the train operators say well we can’t do it, only the government can sort out the deal, no wonder they’ve got to try and move things on.

“Don’t blame people who are fighting for their family income at this difficult time. We’re going into a winter where people are going to be at more risk, where we’re going to have people using candles to keep warm in their homes, or some people not keeping warm and at risk of going into hospital.

“If the government let nurses, paramedics, firefighters go out on strike then that is going to be a serious risk to us all so I would say they deserve a fair pay rise, get behind them and give them a fair pay rise now’.

He received a round of applause from the audience for his answer, with social media users only sharing a clip of his response and praising the manner in which he stuck up for workers.