A petition to the health secretary Steve Barclay to increase pay for NHS workers by 11 percent to match inflation, has amassed more than 80,000 signatures. 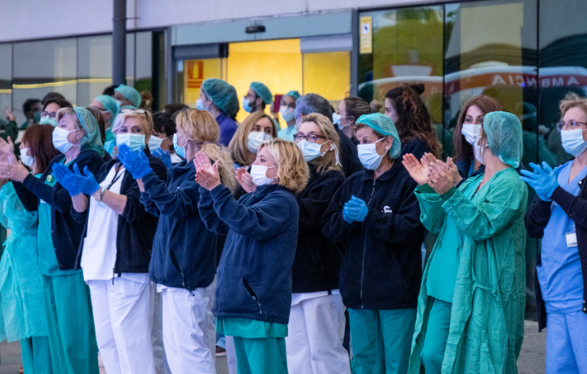 Launched by Organise, the worker-led network that campaigns to get workers the pay and recognition they deserve, the petition’s synopsis informs how people are having to work more hours than their full-time contract just to make ends meet.

It comes as a record number of nurses have left the NHS in England. During the past year, more than 40,000 nurses have quit their jobs in the NHS. A report by MPs that came out in July shed light on the jobs crisis within the NHS, when the employer needed to find 62,000 medical staff to fill vacancies across the UK. The report found that the high numbers of nurses, doctors, and midwives that are leaving are not being replaced. Pay, working conditions and being under immense pressure are cited as reasons for quitting the NHS.

Amid staff shortages, the NHS faces an unprecedented crisis. The hospital waiting list in England stands at 6.8 million people. A&E departments are at full capacity and subsequently some patients are not seen for 12 hours. In September, delays to cancer specialist visits were the second worse month on record.

The petition, which is being widely signed and circulated, urges the government to give NHS staff a pay increase of 11 percent to match inflation and help prevent any more employees, who currently feel undervalued by the Conservative government, from leaving.

Sharing comments to Organise, one NHS worker said: “It’s now costing us to go to work with the petrol increases and cost of living. I really do not see how we are supposed to make ends meet. When I’ve finished paying everything out, I have £230 left to buy shopping and petrol.”

Another said: “We work so hard, and I know other people do too. But I’m on just over £10 an hour, I’ve been in my job for 12 years now, we are saving lives, working 12 half hour shifts, getting kicked, punched and spat at. I’m struggling to live on my wage.”

Steve Barclay was appointed health secretary by Rishi Sunak this week. Barclay initially took the role in July when Sajid Javid quit the position. When Liz Truss became PM, Barclay was replaced by Therese Coffey, but now returns as part of Sunak’s cabinet.

“As a returning Health Secretary, Mr Barclay takes the reins as the NHS continues to descend into crisis. In fact, since his first period in office, waiting lists in England have hit a record-high of seven million patients needing tests, scans or surgery.

“With a prime minister who has previously said ‘the NHS will be safe in my hands’ and that tackling the backlog was the single biggest public emergency, Mr Barclay should find overwhelming support to give the health service the investment it desperately needs.

“He also needs to meet with doctors – with the BMA – to hear what is needed to make the NHS safe for patients and a place doctors still want to work in; restore pay, fix punitive pension rules that are driving doctors to leave the NHS, and see health and social care through the effects of spiralling inflation.”