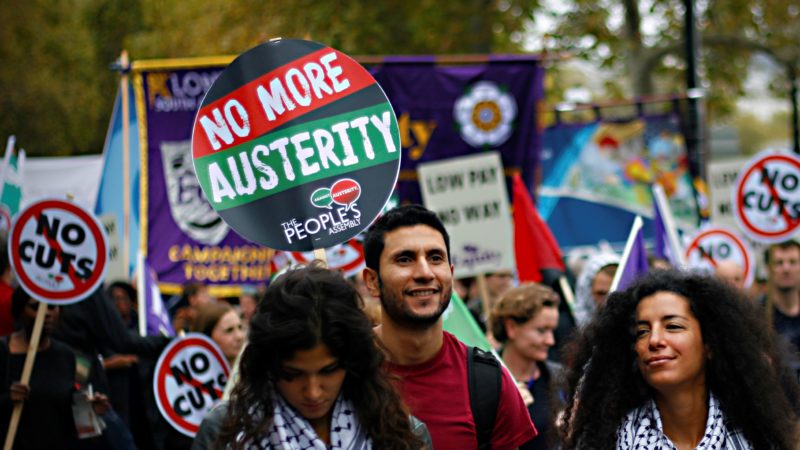 More than 330,000 excess deaths in the UK can be attributed to spending cuts to public services and benefits introduced as a result of austerity policies, according to a new study published in the Journal of Epidemiology and Community Health.

The shocking findings lay bare the devastating impact of austerity on vulnerable and marginalised communities in the UK, with people dying prematurely as a result of reduced income, ill-health, poor nutrition and housing.

The study notes: “Mortality rates across the UK stopped improving in the early 2010s, largely attributable to UK Government’s ‘austerity’ policies. Such policies are thought to disproportionately affect women in terms of greater financial impact and loss of services.”

The authors went on to state that there was clear evidence of ‘adverse changes to mortality rates in the UK from the early 2010s onwards: a slow-down in the rate of improvement overall, alongside increasing death rates among more socioeconomically deprived populations’.

They add that from 2010 onwards, billions of pounds have been removed from social security and vital services, which has had a particular impact on poor and vulnerable populations.

Co-author of the paper Ruth Dundas, professor of social epidemiology at the University of Glasgow, said: “This study shows that in the UK a great many more deaths are likely to have been caused by UK government economic policy than by the Covid-19 pandemic.”