There was more in this mini budget for bankers than there was for children living in poverty. 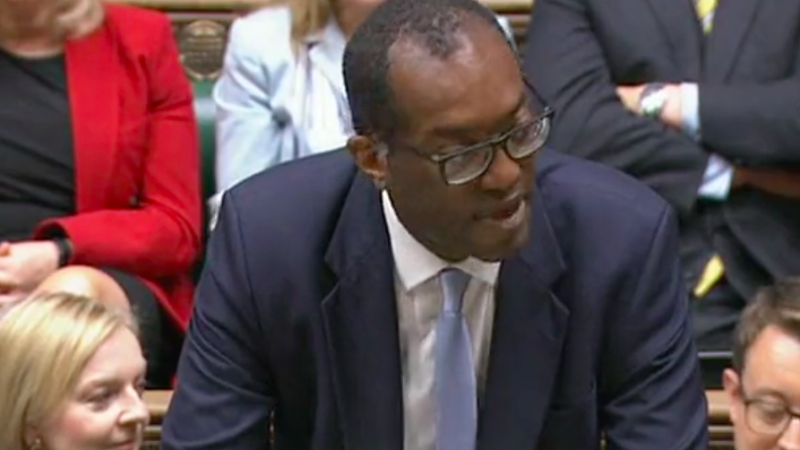 As millions across the country face a fall in living standards, soaring inflation and a cost of living crisis that will see 53 million people in the UK pushed into fuel poverty in January and child poverty reach record levels next year, many looked to the government to do something to help.

That help however, has not been forthcoming. Rather than helping the majority, Prime Minister Liz Truss and Chancellor Kwasi Kwarteng chose to help the wealthiest in society. Indeed, the Resolution Foundation reckons that, on average, the richest tenth of households will benefit from these measures by about £4,700 a year, while the poorest tenth will receive £2,200.

And what exactly are those measures? Kwarteng unveiled a package of tax cuts that the leader of this party openly admitted this week would disproportionately benefit the wealthiest over the poorest. From abolishing the top rate of tax, lowering corporation tax, to reversing the national insurance rise, cutting stamp duty and removing the cap on bankers’ bonuses, this was a mini budget that rather than ‘levelling up’, further exasperated and baked in inequalities in the UK, transferring yet more income to the wealthy.

There were no announcements on helping those on benefits or the most vulnerable. Paul Johnson, director of the IFS, noted: “Higher 45p rate of tax on incomes over £150,000 to be abolished. That is a surprise.” He added: “Helps roughly highest income 1 per cent.”

According to the Treasury’s own figures, the decision to reverse the 1.25 percentage point rise in National Insurance, scrapping the Health and Social Care Levy, will benefit the highest earners rather than the least well off.

There was more in this mini budget for bankers than there was for children living in poverty. Rather than putting money into the pockets of the poorest, by raising the minimum wage and universal credit, the Tory government chose to leave more in the pockets of the wealthiest.

Responding to today’s financial statement, Alison Garnham, the chief executive of Child Poverty Action Group (CPAG) said: “Despite his rhetoric about supporting families, this was in reality a statement for the 1 per cent, saying more about bankers’ bonuses than helping hungry kids.

““Today was a vital opportunity to provide reassurance and support to those who need it the most – but instead the government risks a collision with reality, and the four million kids currently living in poverty in the UK will be forced to pay the price.”

The Tories continue to hold on to their discredited belief, that what works in the interests of the wealthy, will work for everyone else because wealth trickles down. Decades of neo-liberalism have shown the exact opposite.