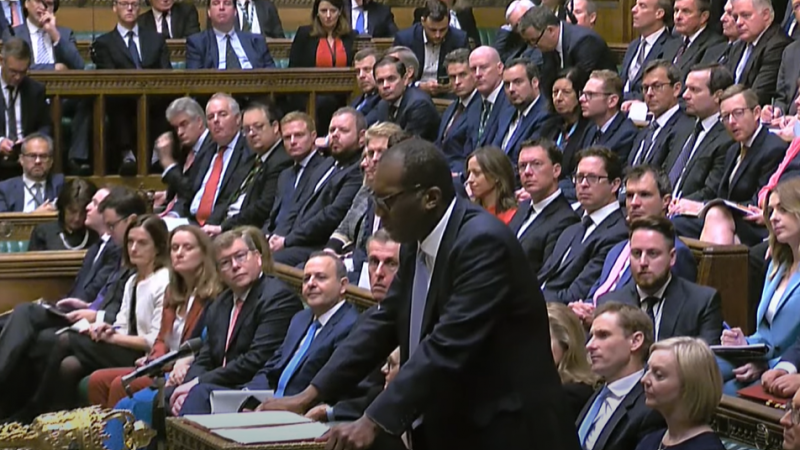 The government has announced a permanent cut to stamp duty.

“Home ownership is the most common route for people to own an asset, giving them a stake in the success of our economy and society.

“This is a permanent cut to stamp duty, effective from today,” Kwarteng said as he announced his mini budget to the House of Commons.

Warnings have been made that the measure will raise inflation, do little to benefit first-time buyers, and benefit the wealthier.

“This move will push house prices even higher, worsening inflation and further pricing first-time buyers out of homeownership,” he said.

Other property experts and economists have voiced similar concerns.

“People don’t need help to move home. They need help to keep and heat the one they have,” said Scott Taylor-Barr, financial adviser at Carl Summers Financial Services.

Joshua Gerstler, chartered financial planner at The Orchard Practice, says: “I hope Liz Truss does not fall into the trap of thinking reducing stamp duty is the holy grail. Reducing the tax on buying a property will give a short-term boost to the property market but in the long run it is a bad policy that artificially inflates house prices and merely exacerbates the problem.”

Graham Cox, director of Bristol-based Self Employed Mortgage Hub, says the policy is “yet another last-gasp disastrous attempt to prop up house prices.”

“The public, and especially first-time buyers, are being played for fools. House prices are too expensive. That’s it. We don’t need help to buy, stamp duty holidays or any other hair-brained scheme. We just need lower house prices.”

“If someone asked me how to drive an already overheated property market into dangerous bubble territory and make things worse for everyone, this policy would be it,” said Cox.

Analysis by HMRC on the impact the stamp duty holiday introduced by George Osborne in 2010 estimates that between 50 to 70 percent of the value fed through into higher house prices. “Most of the people who benefitted would have purchased property in the absence of the relief anyway,” the report said.

Thus meaning, as Paul Waugh, chief political commentator at iNews notes, that public money was wasted on something that would have happened anyway.

In his Autumn Statement in 2011, when he announced the government would not be extending the stamp duty holiday beyond the following March, the then chancellor even admitted that duty land tax relief had “been ineffective” in increasing the number of first-time buyers entering the market.”

The Resolution Foundation came to a similar conclusion in its analysis of Rishi Sunak’s temporary cut to stamp duty in 2020 during the pandemic. According to the think-tank, Sunak’s cut to stamp duty did not cause the house boom that followed – again raising questions of whether the strategy was a waste of taxpayers’ money. Instead, people moving out of cities, higher savings accumulated during lockdowns, and drops in mortgage rates, were behind the property boom, the researchers found.

As Waugh writes, with interest rates on the rise, it’s “hard not to see Truss’s move as an attempt to cushion homeowners facing mortgage payment hikes by inflating their house prices.”

In abolishing the top rate of tax, reversing the National Insurance rise, lowering corporation tax, removing the cap on bankers’ bonuses, and cutting stamp duty, last week’s mini budget came under fire for helping the wealthiest 1% while failing the most in need.