'My brief visits to pawnshops are by no means a scientific study, but they do provide a glimpse of the tragedies inflicted by years of maldistribution of income and wealth, poverty, inequalities and obsession of privatisation which has left many teetering on the edge.' 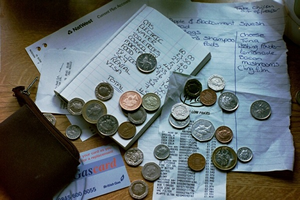 Some 1.3 million families had no savings prior to the pandemic. A third rely upon friends and families for help in the case of an unexpected expense. Almost half of families had savings worth less than a month’s income. In June 2022, personal debt was £1805.7bn and millions of people have no additional capacity to absorb higher household costs.

Ministers are not going around knocking on doors to learn about people’s plight. Most people don’t have £3,000 spare which they can use to buy a dinner ticket to speak to a minister at the Conservative Party’s annual conference.

The cold economic data does not even begin to tell the human stories behind the numbers. So, I decided to visit a few pawnshops in South East England to see what is happening. I spoke to the shop managers, and I stood outside to speak to people coming into the shops.

People go to pawnshops to pledge items of value and get some cash. Some are reasonably well-off and need immediate cash, but don’t have the kind of security that a bank would accept. So they turn to pawnbrokers. Many can’t get bank loans and overdrafts because of low income or paucity of acceptable collateral.

Depending upon the amounts and duration of the loan or agreement, the rate of interest varies. One pawnbroker gave an example – “Amount of credit £100; duration of agreement 6 months; rate of interest 119.9% (fixed) p.a. Total amount payable: £159.94 in one instalment”, and another mentioned a rate of 155.8 %APR. The Bank of England base rate is 1.75%. Each hike in the base rate has a knock-on effect on the interest rate charged by pawnbrokers.

At the higher-end of the social strata, pawnshops will advance cash against watches, jewellery, art works, designer handbags and antiques. The loan is typically around 70%, or less, of the market value of the item.

One lady, accompanied by her daughter in school uniform, pawned her wedding ring and was hopeful that in six-months she will somehow be able to redeem the loan and recover her ring. She was a single-parent with two young children and was working 60-hours a week on minimum wage. Since the pandemic, her rent had increased and she was struggling to pay for food and energy bills.

Away from the high-end pawnshops, people were pledging microwave ovens, vacuum cleaners, televisions, radios, games consoles, laptop computers, iPads, mobile phones, DIY tools and other everyday items to collect a few pounds.  One man pawned his bicycle to pay for repairs to car, without which he could not get to work. Another had been unwell and pledged his television, as he needed money for food and was heading to the nearest charity shop to buy clothes. One lady came in with a toaster as she hoped to get a few pounds.

One shop manager explained that there is a decline in the number of people reclaiming the pawned items. By law, after six months pawnbrokers can sell the unclaimed collateral to recover the amount due to them and hand the surplus, if any, to the borrower. Another explained that there were fewer customers to buy the second-hand items – a sign of squeeze on disposable income. This particular pawnshop had rented extra storage space and was now being more selective on the valuation and loans that it offered. Most were hoping to shift their stock in the period leading to Christmas.

Some people had been visiting pawnshops on a regular basis and had little left to pledge. So, I asked what they would do to make ends meet. The overwhelming view was that they would stop payments of council tax and additional energy bills. Some had defaulted on rent payments and stopped paying into private pension schemes. There is fear, anger and helplessness in their eyes, and disillusionment with the political system. The hike in energy bills to £3,549 and £7.700 would be catastrophic.

My brief visits to pawnshops are by no means a scientific study, but they do provide a glimpse of the tragedies inflicted by years of maldistribution of income and wealth, poverty, inequalities and obsession of privatisation which has left many teetering on the edge.

I worry about the effects on young people of the desperation of their families. Would they organise to seek political change and build a just society? If so, where is political leadership and organisation? Or would right-wing parties, gangsters and drug dealers step into the vacuum and inflict even more damage?