The initiative is aimed at exposing clothing poverty and waste, to provide adequate clothing for all, and bring about change in law around the right to clothing. 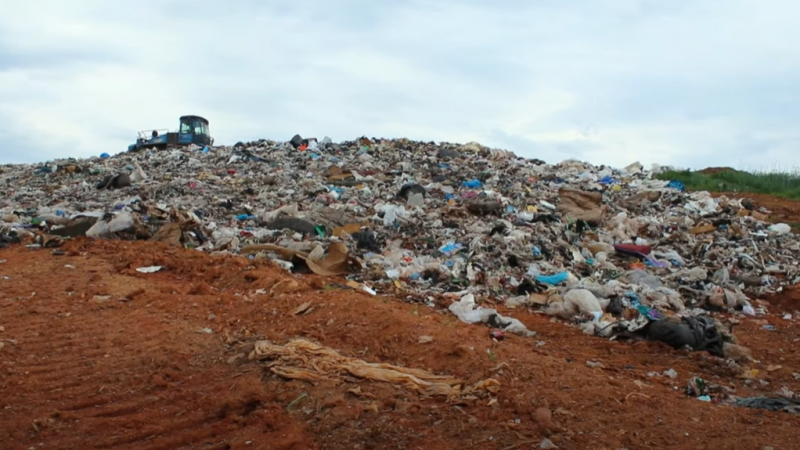 Research shows that in Britain millions of people are going without essential clothing. Children are forced to take days off school due to damaged or unwashed clothing. Adults find themselves unable to access training or employment opportunities due to unsuitable clothing. Meanwhile 350,000 tonnes – around £140 million worth of used but still wearable clothing – goes to landfills every year.

Despite being written into international law and being a basic human right, it remains, in part, a ‘forgotten right.’ As Dr Stephen James wrote in a paper entitled: ‘A Forgotten Right? The Right to Clothing in International Law’:

“The forgetting of the right to adequate clothing is baffling given its obvious importance for human well-being.”

As analysis shows more than 1 million people in the UK will be forced into poverty this winter, pushing deprivation levels to their highest for two decades,  clothing poverty and deprivation in Britain goes grossly unreported. Conversation around food and fuel deprivation is widely documented but this growing consequence of poverty remains largely ignored.

Aimed at giving this overlooked scourge of modern-day poverty the attention it deserves, is the newly-launched Right to Clothing Campaign.

Founded by Sharewear UK and the Peace and Justice Project and working with Dr Luke Graham, who specialises in human rights law and destitution at the University of Manchester, the campaign is aimed at raising awareness of clothing deprivation, to provide clothing to people directly, and to bring about a change in law around the right to clothing.

Sharewear UK is a clothing charity based in Nottingham. Since founding in 2014, it has been providing clothing to people who cannot afford it. The organisation provides emergency clothing, shoes, and bedding to vulnerable people. The clothing is donated by the public through Sharewear’s various donation points.

Sharewear’s CEO Louise Cooke says that being unable to afford basic clothing means people in the UK are being robbed of being able to simply function in life, let alone thrive.

“Meanwhile, over 300,000 tonnes of clothing goes to landfill in the UK each year and countless tonnes of clothing are incinerated by fashion retailers. This is a ridiculous situation and, after more than eight years of alleviating clothing poverty, we hope that the Right to Clothing campaign will help to put right this imbalance,” she said.

Sharewear has partnered with Peace and Justice Project. Founded by Jeremy Corbyn, the project brings people together for social and economic justice, peace, and human rights. In partnership, the organisations are setting up Community Shareware hubs in other cities outside Nottingham, where people can access free clothing.

A Right to Clothing network is also being developed, comprising of food banks, trade union branches, as well as organisations and campaigns that are involved in stamping out clothing deprivation. The initiative is also focused on sustainability in fashion and the rights of garment workers – both of which are intrinsically related to the right to clothing.

Those supporting the campaign are being urged to write to retailers and clothing brands to enquire about what processes they currently have in place involving returns and end of line stock. Supporters are also being encouraged to lobby MPs to support the Right to Clothing.

Jeremy Corbyn says he is delighted that the Peace and Justice Project is working with Sharewear UK on the campaign. Commenting on the context around the project, the former Labour leader said:

“After over a decade of cuts, austerity, low wages and the cost-of-living crisis, millions of families are struggling to put food on the table or pay their bills. On top of these difficulties, so many face the real issue of lack of access to affordable and high-quality clothing.”

“It’s also about each of us who does enjoy access to adequate clothing no longer taking clothing for granted and reflecting on our relationship with clothing. Our choices as consumers will shape the clothing industry and market we want to see,” he told LFF.

The campaign’s launch event took place at the University of Manchester this week, where Jeremy Corbyn, Louise Cooke, and Dr Graham spoke and held Q&A session.

Among the attendees was Caroline Kelly, producer of Manchester City of Literature’s Festival of Libraries. Talking to LFF, she said:

“The event was such an eye-opener, highlighting the growing problem of clothing poverty and clothing waste. It’s something everyone needs to hear about.

“It was great to see so many young people there, completely engaged with the cause.

“Campaigns like this are essential in making this escalating issue more visible and making sure nobody goes without this basic human right.”