"Giving Putin more Ukrainian land now would not only radically undermine Ukrainian sovereignty but also unravel the post-World War II international system more generally. If Russia is allowed to forcibly annex neighbouring territory, what is to stop other countries from doing the same?" 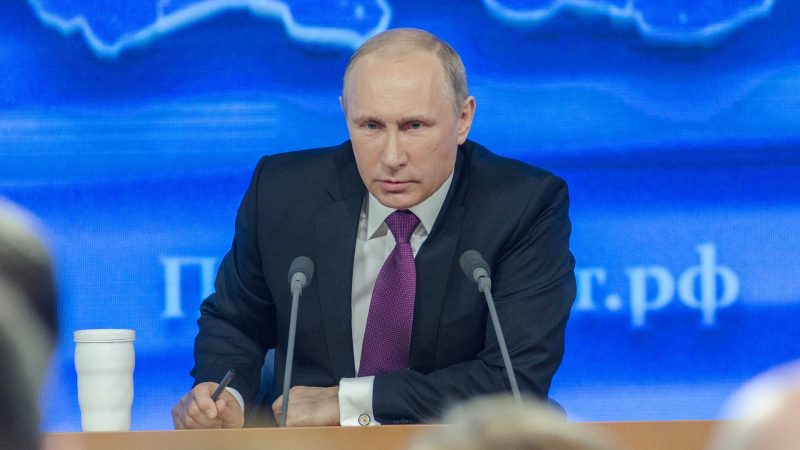 Wars are terrible events. The destruction that has been wrought on Ukraine in the last six months has been devastating. Entire cities, including Mariupol and Sieverodonetsk, have been obliterated. A swathe of territory in Ukraine’s south and east has been occupied.

The Ukrainians’ defence of their country has been nothing short of heroic. Military analysts have marvelled at how well Ukraine has done in standing up to Russian aggression. More than 1,000 towns and villages have been liberated. Ukrainian forces plan to liberate the entirety of their south, including Crimea.

Ukrainians in liberated areas – including Chernihiv, Kharkiv and Kherson  – consistently report the same treatment at the hands of the Russians. Barbaric crimes have been committed everywhere, including executions, torture and a pattern of brutal sexual assaults against thousands of people, including children.

The forced deportation of Ukrainian citizens from the recently occupied areas to Russia, largely unremarked on in the UK, is one of many war crimes for which Putin and his allies should be held to account.

As many as 1,600,000 Ukrainians have been deported through so-called filtration camps, including as many as 260,000 children. The fate of people who do not ‘pass’ this filtration process is unknown, but can be guessed – they are dead.

The war’s ill effects have even spread globally, forcing food prices sky high as most of Ukraine’s wheat, corn and barley cannot be exported. This, along with Russian restrictions on gas exports to Europe, is a major factor behind the huge spike in inflation seen in most nations.

Despite devastating losses of people, infrastructure and territory Ukraine’s leaders and its people remain united in their commitment to win this war. A massive 84% of Ukrainians are against a peace agreement with Russia if it involves ceding territory to Russia.

“In thousands of conversations [with Ukrainians], says journalist Oz Katerji, “not once, no matter how much they had lost, ever expressed anything other than resolute determination to fight.”

Their President, Volodymyr Zelenskiy agrees. “He is convinced that the war must follow its course, that he has his weapons, and that the Russians have their weaknesses,” said Elie Tenenbaum at the IFRI French institute for international relations. “He was willing to make concessions in the beginning because he was scared, but now he’s gotten into the swing of things.”

Zelenskiy continues to project an air of cautious optimism about the war’s trajectory. In June he told world leaders that he wanted the war to end before 2023, adding that he would “only negotiate from a position of strength.”

On the face of it Western resolve against Putin remains strong. The United States alone has authorised $54 billion in aid to Ukraine, including as of last week more than $9 billion in military aid.

The UK, the EU and many European nations have given huge amounts in aid and military equipment to Ukraine. NATO has been reinvigorated and, for now, largely supplanted talk of EU strategic autonomy.

Outright calls for the West to end its support have rightly been condemned. But calls for Ukraine to negotiate a settlement, which is code for Ukraine willingly swapping territory and sovereignty for ‘peace’ are commonplace, seemingly regardless of the views of the Ukrainian people or their leaders.

The collapse of Western resolve is part of Putin’s calculation, argues negotiations expert Sergio Jaramillo. Putin’s strategy, he says, “is to use time against Ukraine. He calculates, and not necessarily wrongly, that people will tire, that Europeans will tire of their electricity bills.”

Calls for Ukraine to cede territory in exchange for peace are unacceptable on ethical grounds. It is not for the West to decide what happens to Ukraine over the heads of Ukrainians willing to give up their lives for their nation.

Ukrainians, says Katerji, don’t see this as a “border dispute” but as a war for liberty, democracy and their future place in Europe. For Westerners, however well intentioned, to call for a negotiated settlement of any kind without asking Ukrainians what they want is unacceptable.

Such calls also misunderstand Putin’s aims. He is not merely seeking to solidify his hold on Crimea, itself illegally occupied territory. Putin sees Zelenskiy’s regime as illegitimate and has not disavowed his original intention to remove him.

“Putin’s goal is to erase Ukraine from the map of the world,” said Ukrainian MP and head of its Foreign Affairs Committee, Oleksandr Merezhko. “He is committing genocide against the Ukrainian nation. If the West stops supplying weapons to Ukraine it will help Putin to occupy Ukraine and exterminate Ukrainians.”

There is “no alternative to providing Ukraine with the all necessary heavy weaponry because Russia will never stop”.

Ukrainians, says Katerji, simply want the means with which to defend themselves against a stronger foe. Our choice as individuals in our democracies is whether we agree to provide those means or refuse them.

“Even if we reach some sort of ceasefire and sign-off part of our territories to Russia, the war will not end because we can see in the occupied territories now, people are being tortured and murdered and raped every single day,” said Ukrainian journalist Oleksandra Povoroznyk.

Such a ‘peace deal’ is unthinkable for Ukraine. It would be just as bad an outcome for the West. After World War II the great powers created norms to prevent annexation and end colonisation. For several decades thereafter, including during the Cold War, they were rare.

Giving Putin more Ukrainian land now would not only radically undermine Ukrainian sovereignty but also unravel the post-World War II international system more generally. If Russia is allowed to forcibly annex neighbouring territory, what is to stop other countries from doing the same?

Stas Olenchenko, co-founder and writer at Ukraine Explainers, argues that a deal with Russia is out of the question because “I don’t think anybody would feel safe living in this kind of world”.

“If you’re willing to strike a peace deal with Russia now at the cost of Ukraine’s territorial integrity, you should think about what kind of security system you’ll end up with: a system that rewards colonial conquest, genocide and blackmailing of the rest of the world with famine and nuclear war,” he said.

The real party of peace is not those advising Zelenskiy to give Putin more land. It is those pushing the West to supply the Ukrainian army with more and better weapons, and as fast as possible.

Without stalemate on the battlefield, only achievable if Ukrainian forces can push Russia back in Donbas and the south, Putin will never negotiate. The faster Ukraine’s army can stop Russia’s, the sooner Putin’s war will end.