'This is a disgrace. Rents are soaring while landlords profit. I’ve repeatedly asked the Govt to let me freeze rents, saving Londoners £2,988 over two years.' 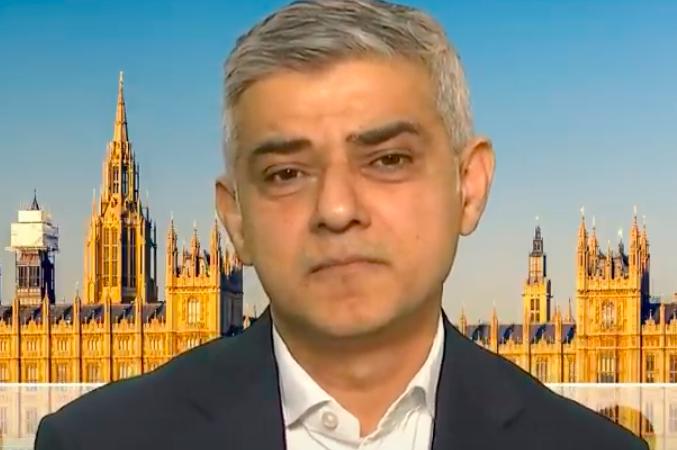 The Mayor of London, Sadiq Khan, has called for a rent freeze in London amid the cost of living crisis, as millions struggle to make ends meet.

Khan tweeted statistics from SpareRoom Rental Index which showed that the average rent in London is currently £815 a month, 15 percent higher than the 2021 average of £708.

A map shared by the mayor showed which London Boroughs had been worst impacted, with Eltham and Mottingham witnessing a whopping 19.8% rent rise, followed by Lower Edmonton with 18.7% and Abbey Wood on 16.2%.

The mayor tweeted: “This is a disgrace. Rents are soaring while landlords profit. I’ve repeatedly asked the Govt to let me freeze rents, saving Londoners £2,988 over two years.

“With the cost of living crisis raging, this is more urgent than ever. The Govt must act.”

It’s not the first time that Khan has called for rent freezes in the capital. He raised the issue during his 2019 re-election campaign as well as in March of this year.  Research from City Hall and YouGov previously estimated that a quarter of London’s 2.4 million privately renting adults had fallen behind on their rent, or said they were likely to do so, as a direct result of the pandemic.

With inflation now predicted to hit 13% and the Bank of England also warning of a recession, calls for rent controls have grown.

Generation Rent – an independent organisation which lobbies for renters’ rights – has also called for rent freezes in light of soaring energy costs.

Sophie Delamothe, Policy and Public Affairs Manager, told the i: “It is easy for landlords to raise the rent on existing tenants. The government needs to freeze rents and pause evictions until the crisis is over.”